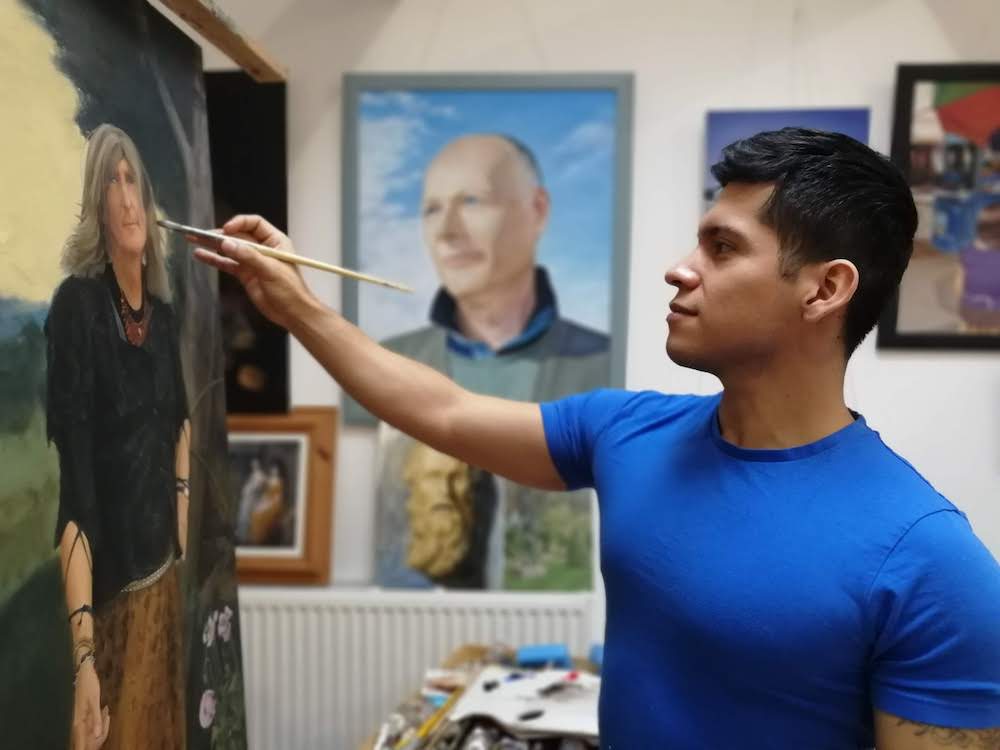 Posted at 17:05h in Core Artists, Interviews by Vicki Steward

Dante Turner is a realist and hyper realist artist, originally from Peru. He came to the UK in July 2015 and has made his home in Somerset. He studied Fine Art at the National Superior Autonomous School of Fine Arts in Lima and Ignacio Merino in Piura. Upon moving to England he took classes at London Fine Art Studios. Now thirty one, painting has been his only occupation. Although recognised as an artist, his work is not well known in Peru.

Dante grew up in Piura, a city in the North of Peru, in a very hot and dry desert landscape. Quite a contrast to the misty, grey damp of the Somerset countryside where he now lives.

He tells me “I have always liked to draw since I was a child,. I don’t remember when I started, but I was always making paintings for my teachers in school”. His mother supported his artistic ambitions, never disagreeing with his chosen career. Although his family were largely supportive, he tells me “My sisters thought I should be doing anything else but being an artist!” Nonetheless, he has always been confident that he would achieve success in his artistic career.

I spot a painting of a determined looking woman and correctly guess she is Dante’s mother. The women in his paintings are depicted as strong and powerful. All of his portraits seem to reveal the extraordinary in ordinary characters. 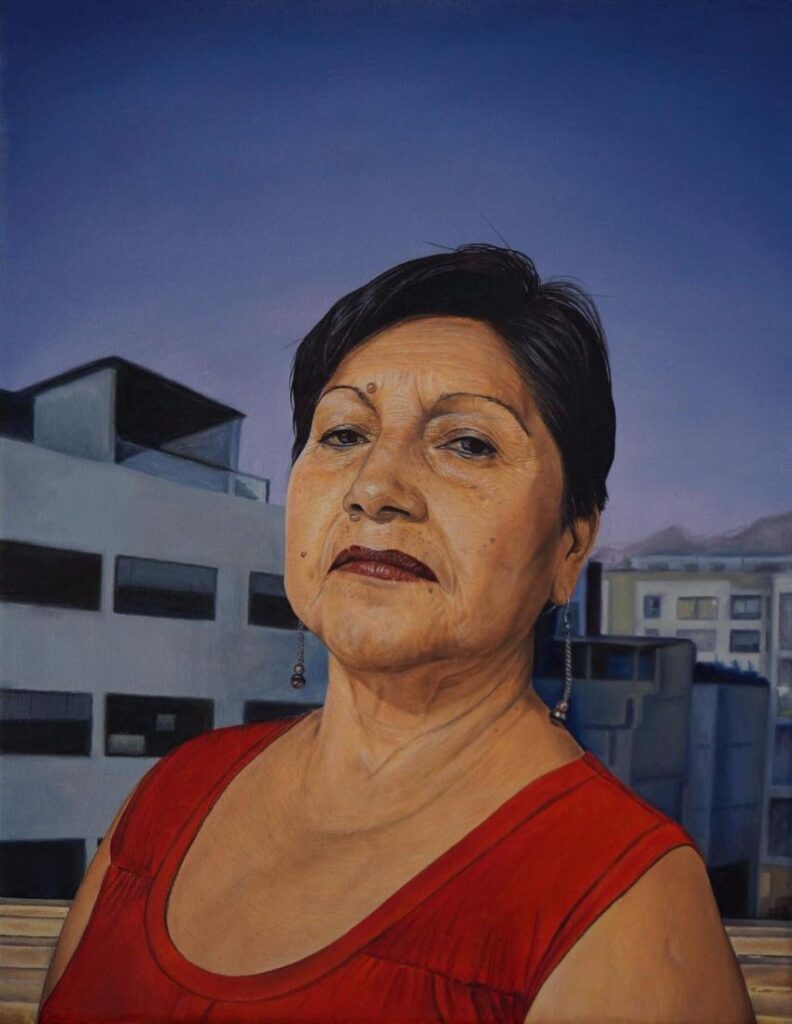 His work was originally executed in oils on canvas, sometimes in acrylics, but lately he has been working in pencil. His subject matter is mostly portraiture, but he also likes to paint urban landscapes. Although he is not so keen on painting rural scenes, he has started incorporating the local landscape in his latest portraits, as he is keen to paint local characters in their own environment.

Dante lists his influences as Velasquez and the Peruvian artist Christian Bendayan, whose work represents Latin American Peruvian beauty. Like Bendayan, he likes to paint those who don’t generally have the opportunity to ‘be shown’. He shows me his painting of the craggy and characterful face of Ray Loxton, Pilton’s infamous gravedigger, commenting that “Ray has a very nice face, but he’s not someone who’d ordinarily be painted. I’m not interested in just painting beautiful people, even though that’s more commercial”. 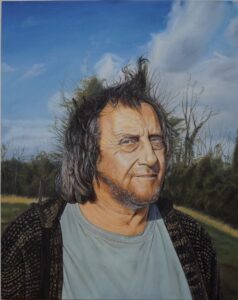 Other local portraits include a painting of local retired teacher Ruth Eavis. Dante has minutely detailed her large collection of china ware on the shelves behind her. In a painting titled ‘Albion’ he has portrayed gardener Libby with several of her twenty-four cats. These beautifully observed scenes of English domesticity are not what I might have expected from a young Peruvian artist. 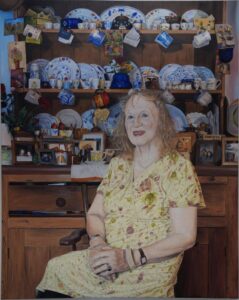 “Sometimes I try and make commercial art, choose subjects that would make a good painting, but when people are recognisable locally that often makes the pictures popular”.

There are several paintings on the walls of his studio of young, shirtless, muscular men, that I erroneously assume to be self-portraits. He tells me ”I like painting people who look like me. I didn’t notice until I started exhibiting my paintings, but then people started asking if they were self-portraits and I have to say ‘no’ lots of times! I don’t even like painting self- portraits, but I do one a year, to see my development as an artist. There is a movement of people who like to buy self -portraits of artists, so they do sell”.

Dante would like to be recognised for his work portraying the naked male body. He is part of a movement to represent and celebrate the male form in art, after many centuries in which mainly females have been depicted. He works from his purpose – built studio at home. As we go to the kitchen for a coffee we pass an impressive looking home gym. Dante likes to keep in shape. He is disciplined in his art too. He paints most days, mostly at night, sometimes all night. He tells me he finds painting very relaxing.

He is quite excited by the forthcoming opening of Heart Of the Tribe Gallery, not least because “the gallery was designed by some of my cousins” referring to relatives of his husband Paul, a retired lawyer and a member of Glastonbury’s United Reformed Church community. They met in Lima, where Paul used to spend 6 months of the year over winter. He is very supportive of Dante’s work.

You can now buy signed limited-edition prints of Dante’s paintings. He only started making these in 2016 when he first took part in Somerset Art Weeks festival. Before that, he only sold original works. Initially the Art Weeks event was quiet for him, but now he is very successful, with over a hundred visitors a day last year. 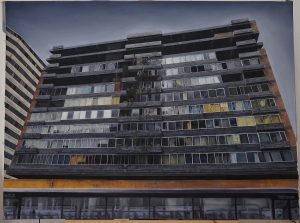 I ask Dante where he sees his work going in the future. “Last year I was painting this guy (Lorenzo) as an Inca, adding gold leaf, using flora and fauna from Peru. I’d like to do more of this work that’s inspired by Peru, but also some pieces incorporating English flora and fauna”. He returns to Peru at least once a year to see his family, but tells me he likes the UK, “I feel it’s my home, at least for the moment.

You can see more of Dante Turner’s work on his website https://danteturner.webnode.es/