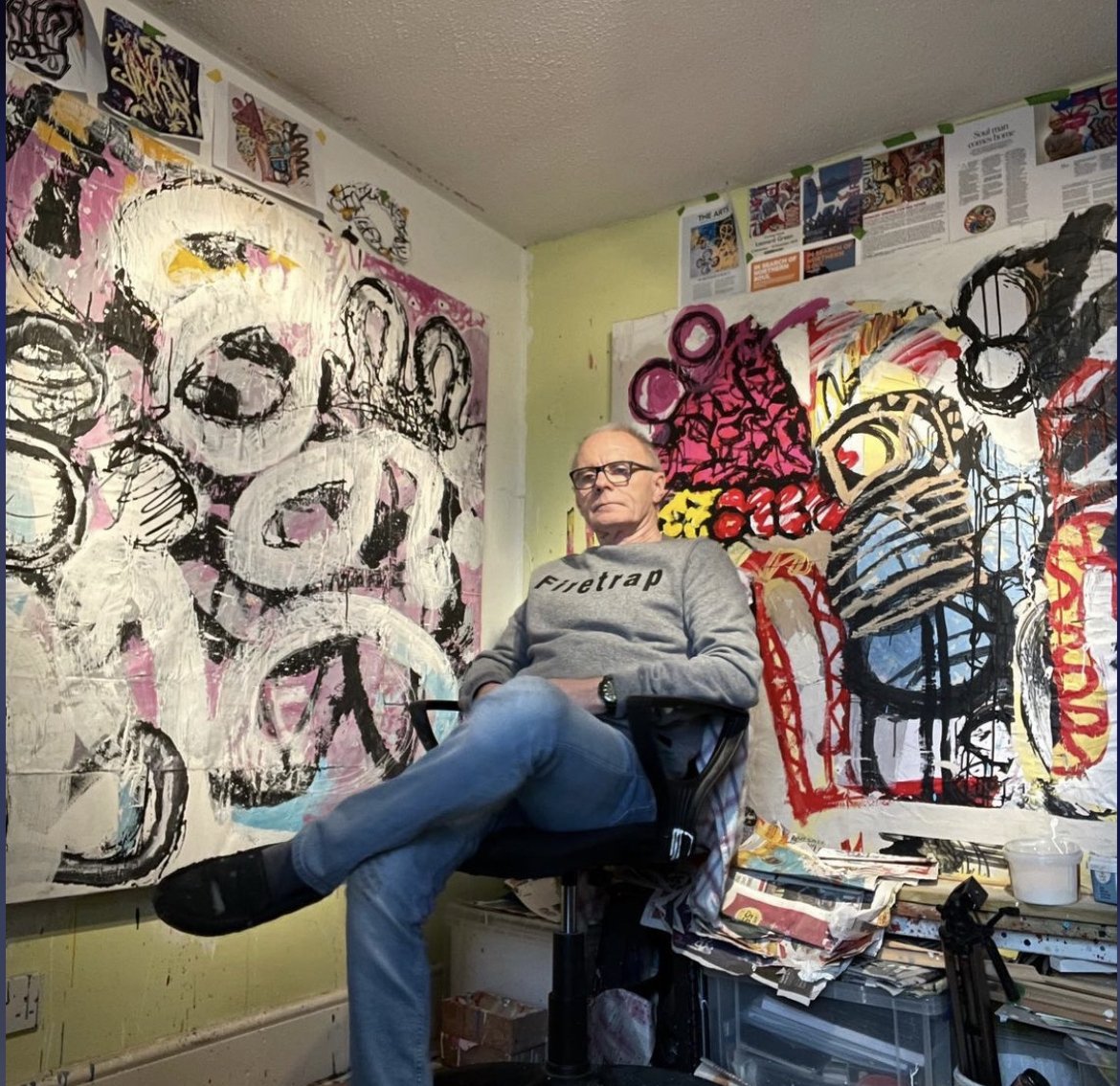 Posted at 10:05h in Core Artists, Interviews by HOTT

“Art has to come from somewhere” 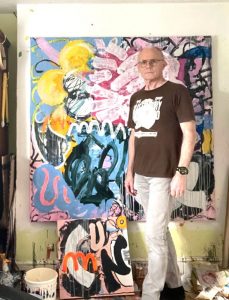 When did you first think of yourself as an artist?

The reason for my initial interest in art was a bit dubious, I had a friend at primary school who was good at drawing naked ladies! I was very intrigued by this and I asked him to teach me how to do it – the rest is history!  In secondary school, I was much more interested in music than Art , but I did GCE art and enjoyed it, despite art education being really poor in those days. Art work produced for GCE and A Level had to be highly representative, technically competent work, even when I studied Art History the Impressionists were still considered quite radical!

I was bought up near Wigan, which significantly impacted my work, Art has to come from somewhere. I came from a cotton and mining town, it was classic industrial revolution town and landscape, my house was literally on the edge of a slagheap and clay mine. This grey, drab and depressing world made me want to involve colour, to make my life happier.

Even as a kid I saw myself doing something different, my parents wanted me to go into the emerging worId of computer technology, but I knew I didn’t want to do that. When I first left school I spent a few years doing clerical work, but that just made me determined I wasn’t going to go into a mine, mill or office.

It wasn’t until I did a Foundation course at Wigan that I learnt that art was about more than just mastering technical skills. I realised I could express myself. I still couldn’t go instantly from traditional painting to contemporary work, let alone abstract art. But I started to do work that you might call abstraction, painting things as I saw them. It started with painting a two-metre square area of a derelict building, I realised I didn’t have to make the plaster look like plaster, it was about shapes, textures and colours. I started discovering real art, real artists, beginning with DeKooning and Pollock, the first abstract expressionists, whose work was philosophical and conceptual. Their art was so inspiring, it was very much a revelation, an ‘on the road to Damascus’ experience.

After leaving the foundation course, I went to Manchester Polytechnic to do a BA Honours degree then a Masters Degree in Fine Art Painting. My parents insisted I did a PGCE course in Art Education so I was in Art education for 8 years in total. That PGCE turned out to be very useful eventually.

As a teenager in the early sixties, It was only twenty years after the end of World War II, there wasn’t even pop music on the radio in those days and we didn’t have a TV until I was five years old. I lived in a musical vacuum until I discovered Tamla Motown, R&B, and Soul. Then I discovered this very hybrid type of music that became known as Northern Soul and I got the opportunity to DJ. I was really just putting on records at a youth club, but it was an escape from my depressing surroundings. For factory workers, the only release was dancing at the weekend, the dancing that went with Northern Soul was incredibly energetic and dynamic.The lyrics are very romantic, both happy and sad. I could paint my abstract concepts and have a touchpoint that I could relate it to, big physical gestures that were related to dance movements. The music was so optimistic and energetic – it inspired me to use bright colours.  Ultimately, Northern Soul was the reason for the painting and DJing paid me enough to buy paint. I discovered that what DeKooning and Pollock did was called ‘action painting’, which fitted my parameters really well.

How did you end up in the West Country?

Geographically and mentally it was a big leap from Wigan to Somerton. The move came about due to bad luck and bad politics. It was the era of the Miners’ Strikes, the Three Day Week, power outages, things were becoming even more depressing ‘Up North”. I was just graduating and had just started lecturing. Then Maggie (Thatcher) decided all part-time lecturing would cease. I was left with no job, money or prospects. The art advisor for Salford had seen my exhibition at the Whitworth Gallery in Manchester and he offered me a job as a Head of Art in an inner city school, my wife insisted I take it. I ended up teaching in inner-city schools for a few years, then I saw a job in the Times Educational Supplement asking for an art tutor with swimming coaching capabilities. I was already a swimming coach, it was the perfect job for me!

I was teaching at Millfield School for twenty-six years, but I wasn’t painting during that time. I realised very quickly that Millfield paid you well but expected enormous commitment. I was Head of Art initially and then became Head of Faculty of Art, Design & Technology, a large department that I grew into a faculty with a big team. I couldn’t do all that and paint as well. My painting demands 24-hour attention, I couldn’t put it down and pick it up again. I had to let it go until I retired ten years ago.

Millfield gave me the opportunity to teach respectable, receptive kids, not just the crowd control I had to deal with in inner-city schools, where I had to spend all my time dealing with naughty kids. I enjoyed teaching there and improving the facilities, sharing them with the local community. I’m very proud of what we did in creating the Atkinson gallery, the last exhibition I did was a photography exhibition of the Fortieth anniversary of Glastonbury Festival, I really enjoyed curating that, we exhibited a lot of high flying artists AND many newcomers making some really good connections along the way. We also created a sculpture park, it’s quite unique for a school to do all that. I’d combine A-lister artists with local artists who needed the exposure. I love Somerset whereas, I hated my time in the North-West, it was very much a cultural desert, although much improved in recent years. When Maggie told me to get on my bike, it was the best thing I ever did. I suppose I have her to thank for that, even if it did take twenty-six years for me to get painting again.

You can find more of Leonard’s work at https://leonardgreenartist.com/