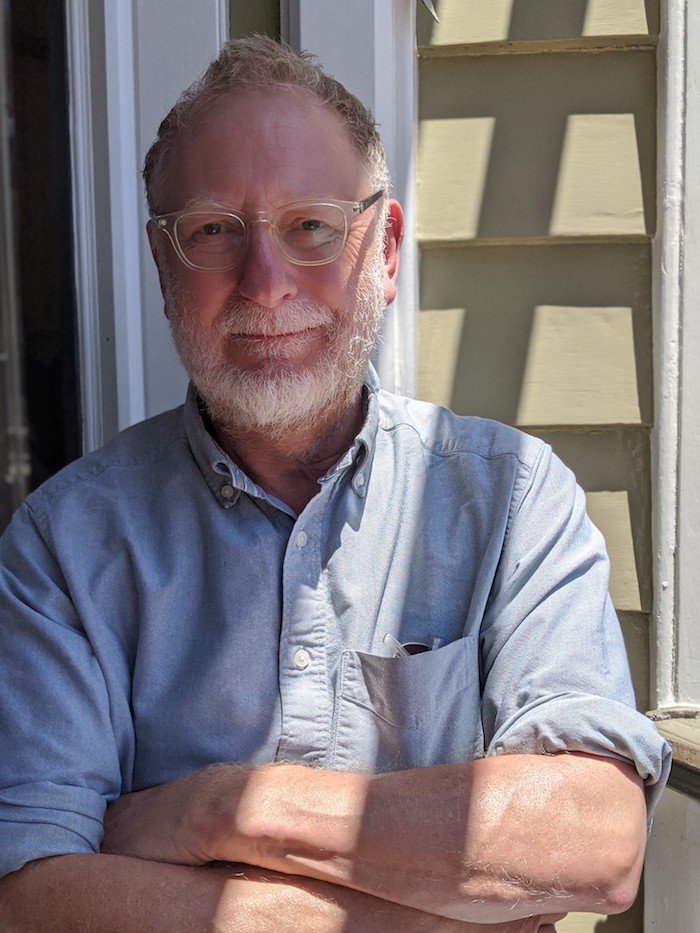 A longtime Glastonbury resident, Frank Harwood studied Fine Art at University of Central Lancashire, then moved around England with his family before settling in Somerset. He took a break from painting then returned to his craft full-time after taking an early retirement. Frank describes his work as using “a simple comic style,” with bold lines, repeated patterns, flat space and vibrant colours. He is inspired by source images that inspire a collective nostalgia: “Comics have been a big influence on me, especially British comics from the 50s and 60s, but also film, television—I like the concentration on the common place. Desperate Dan is a super-powered cowboy, but his town has British lamp posts and letter boxes.”

His paintings hint at a larger narrative. Some are reminiscent of Mad Magazine, conveying a lovely innocence, while others are more unsettled and layered, almost as if a German Expressionist made Pop Art. While Frank’s exhibited work comes to life in vivid acrylics, he is currently experimenting with watercolour, sculpture and construction. Frank cites the “quirky work” of Edward Bawden, Eric Ravilious, John Piper, Walter Sickert, Peter Blake, David Hockney, Tom Phillips and Donald McGill as influences. 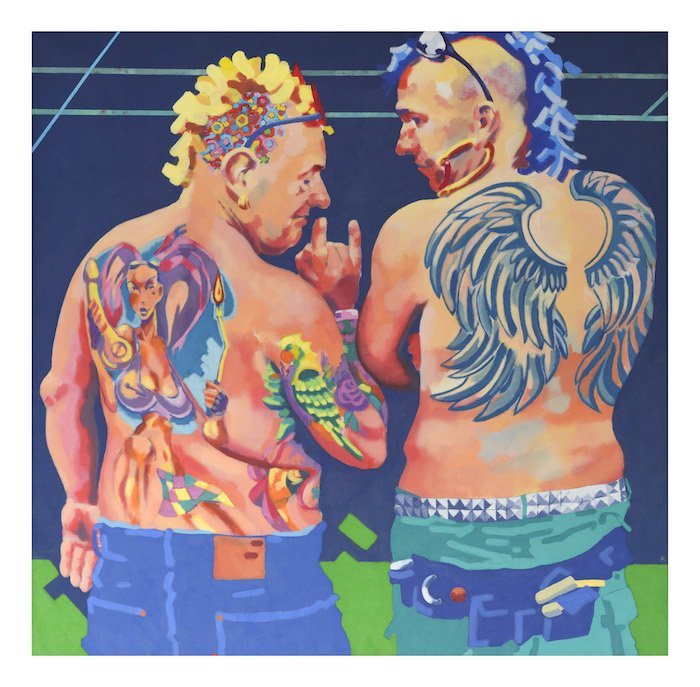 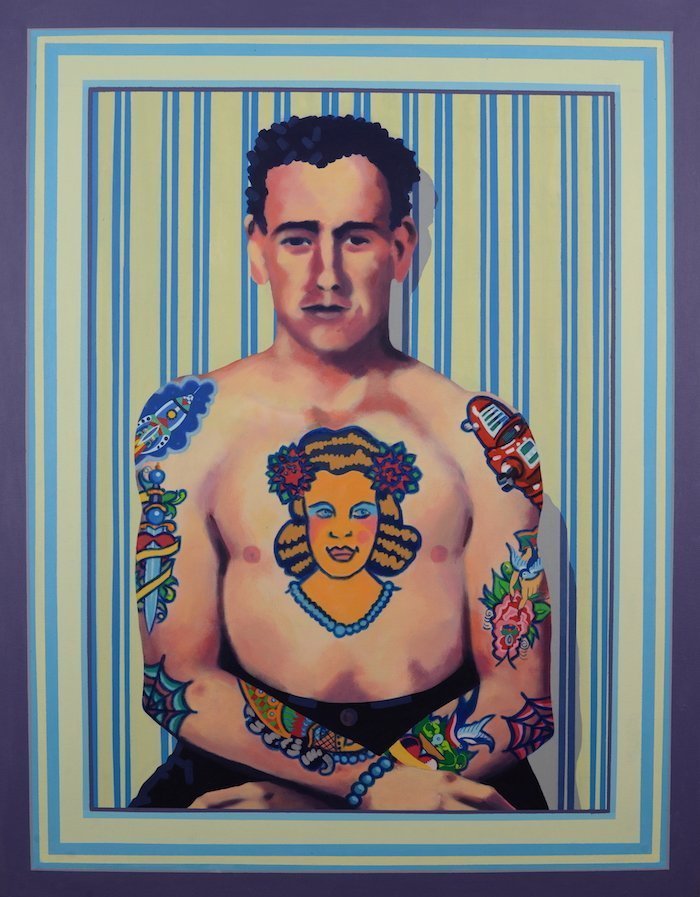 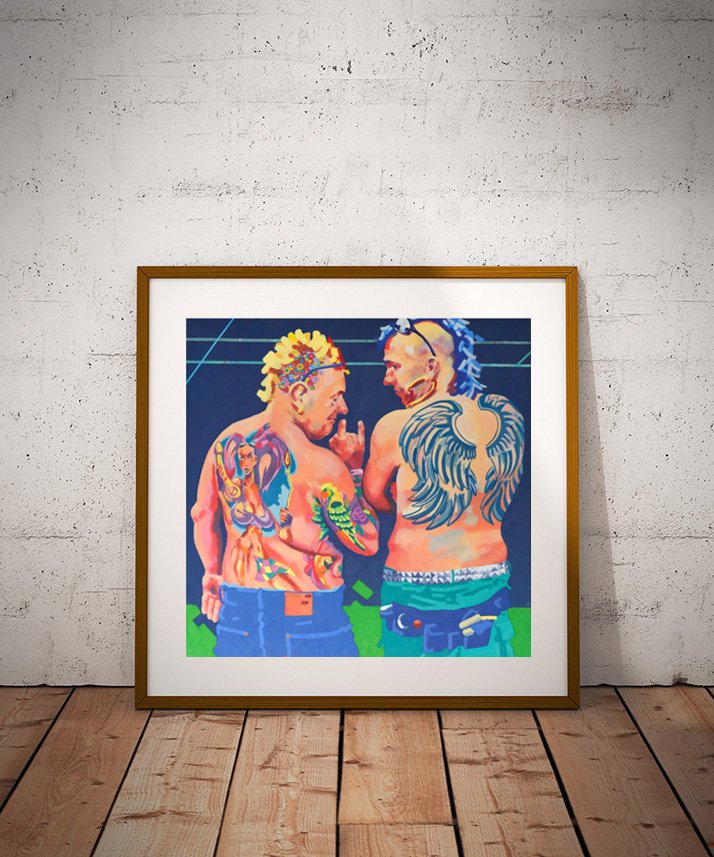 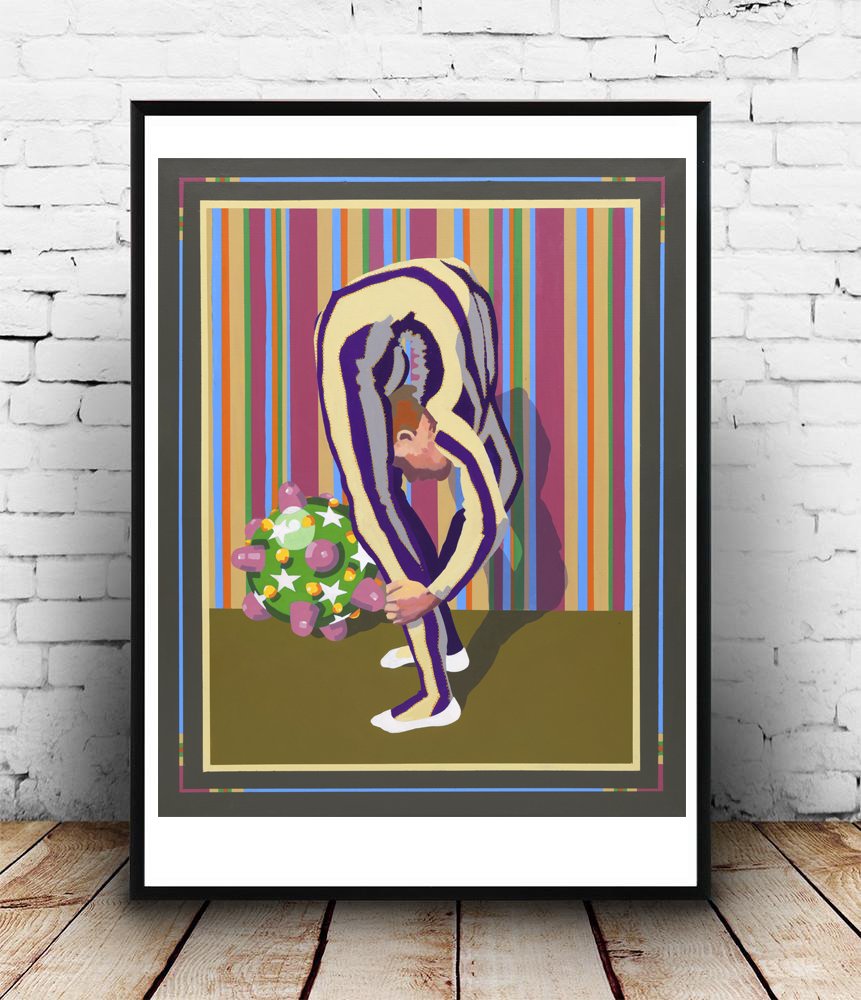 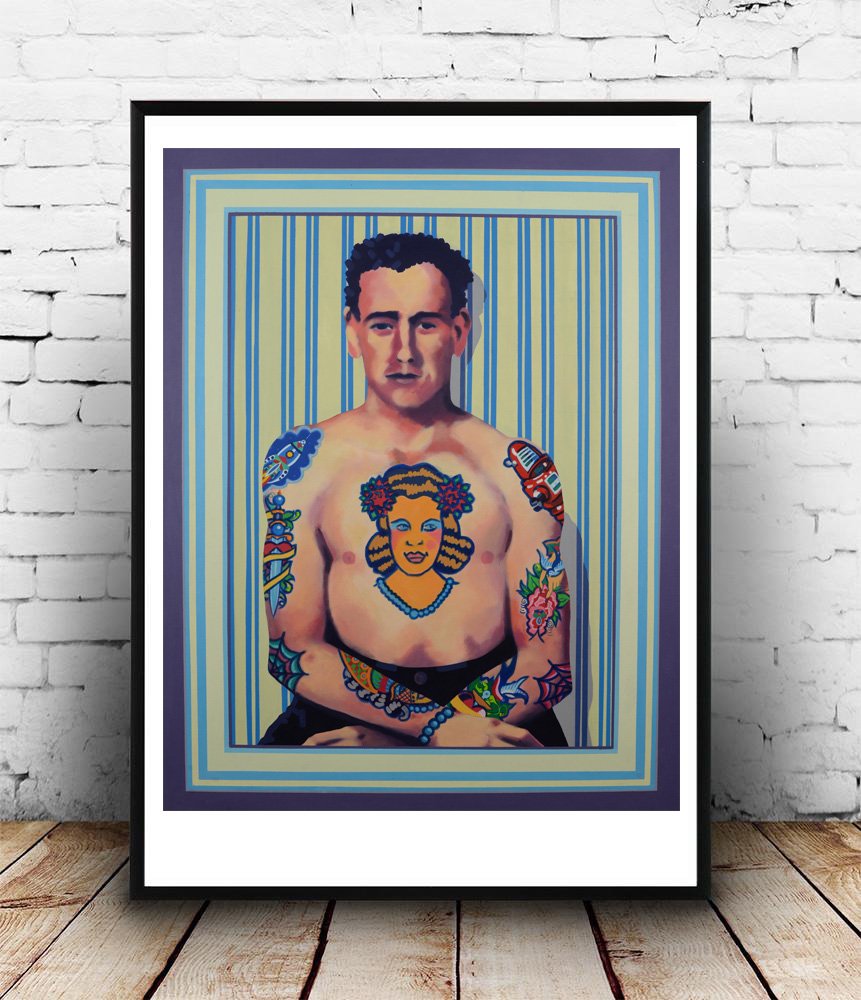 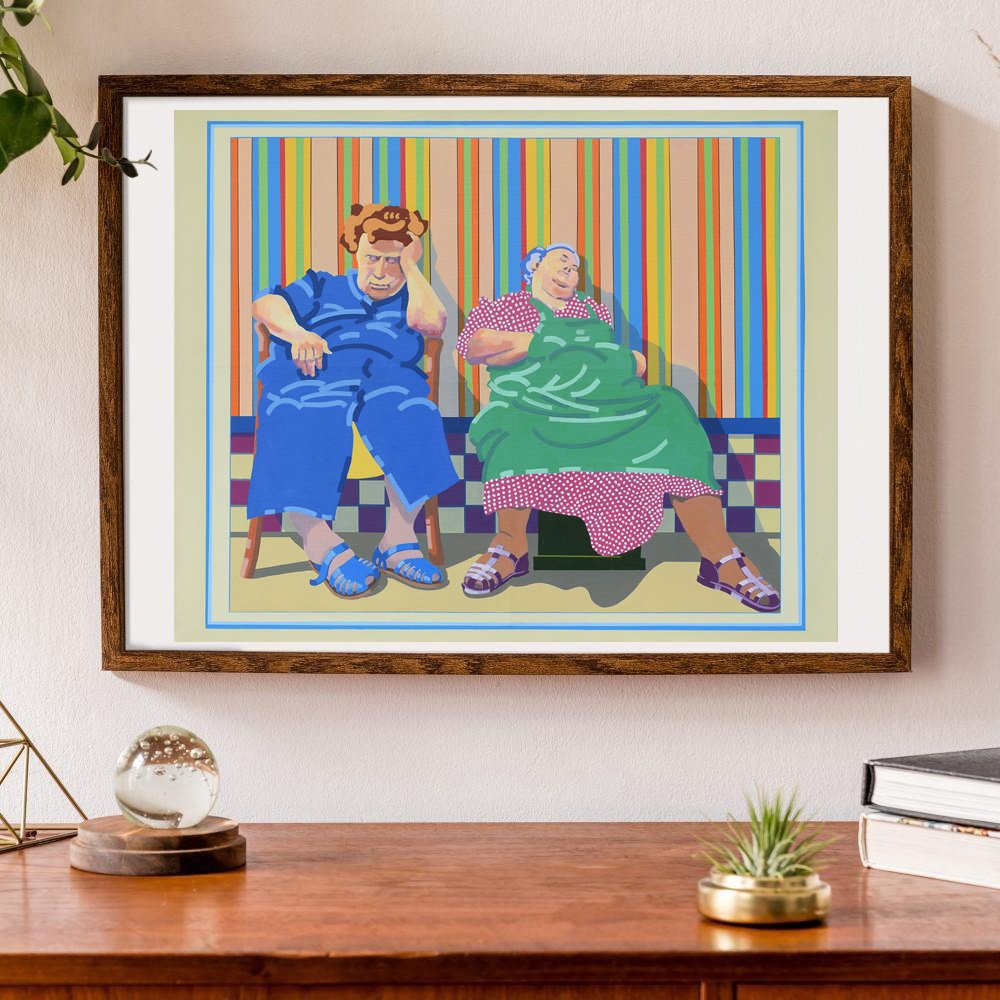 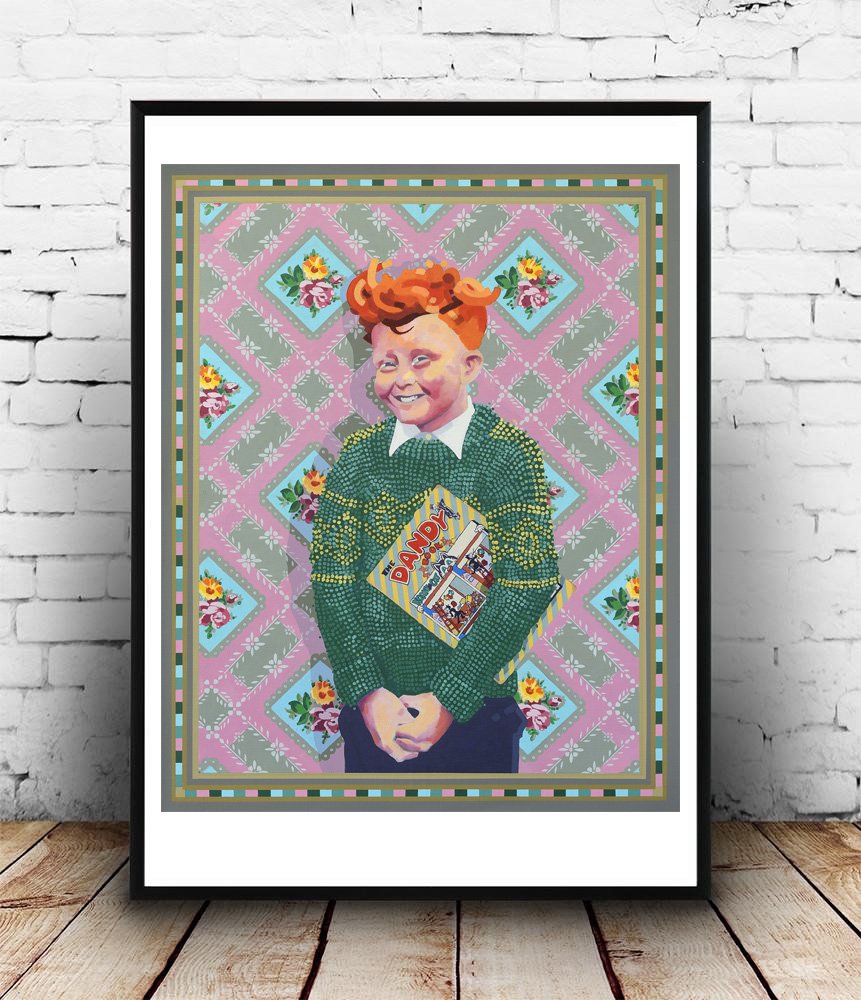 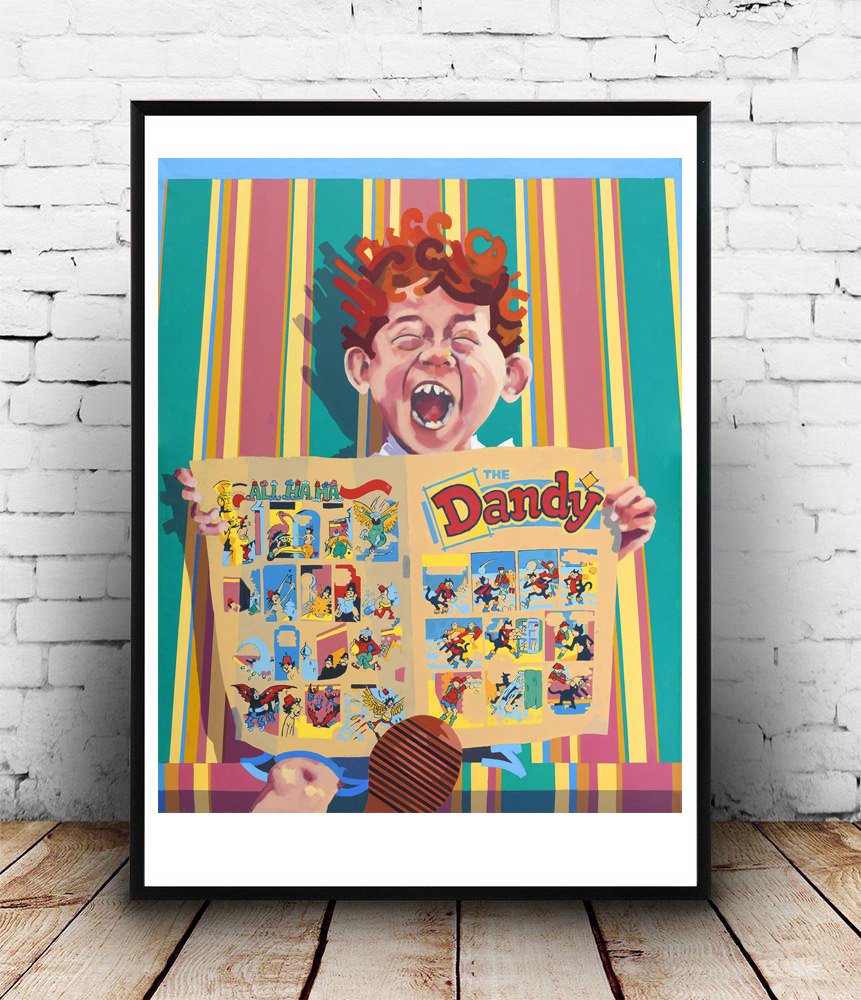 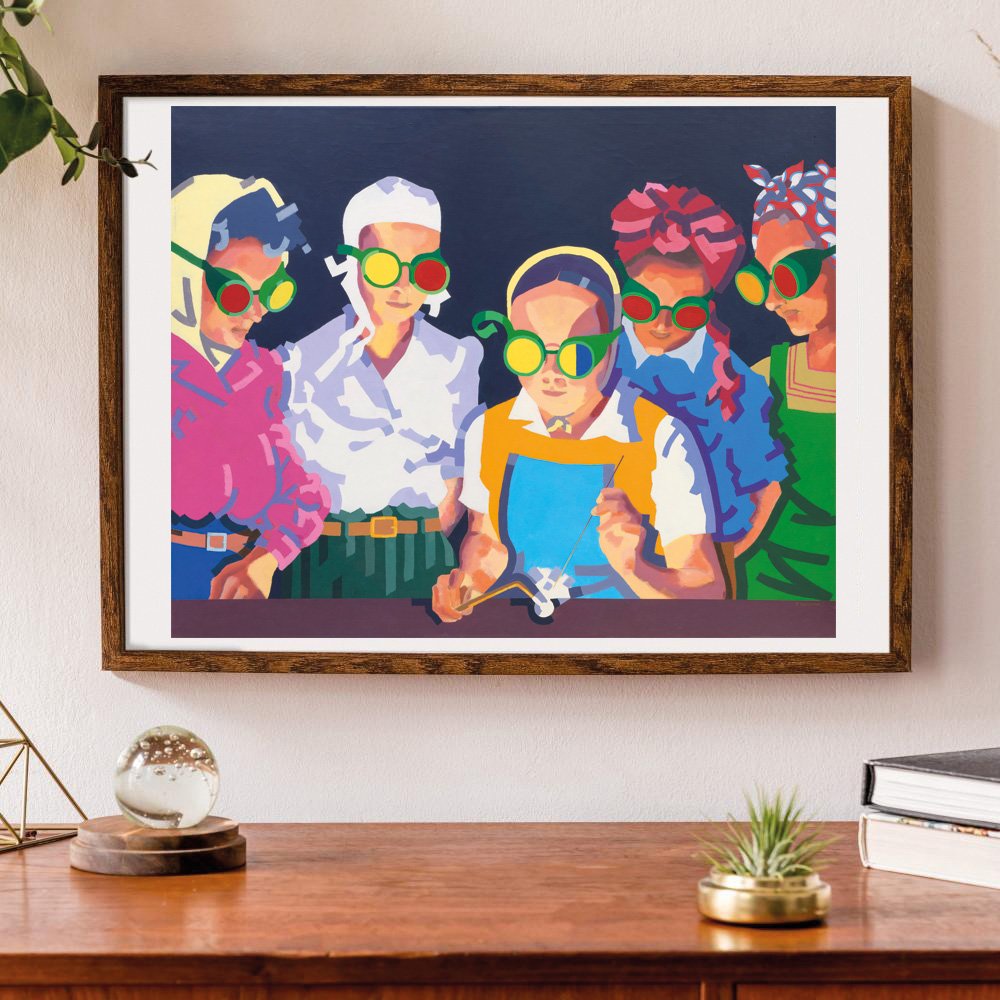