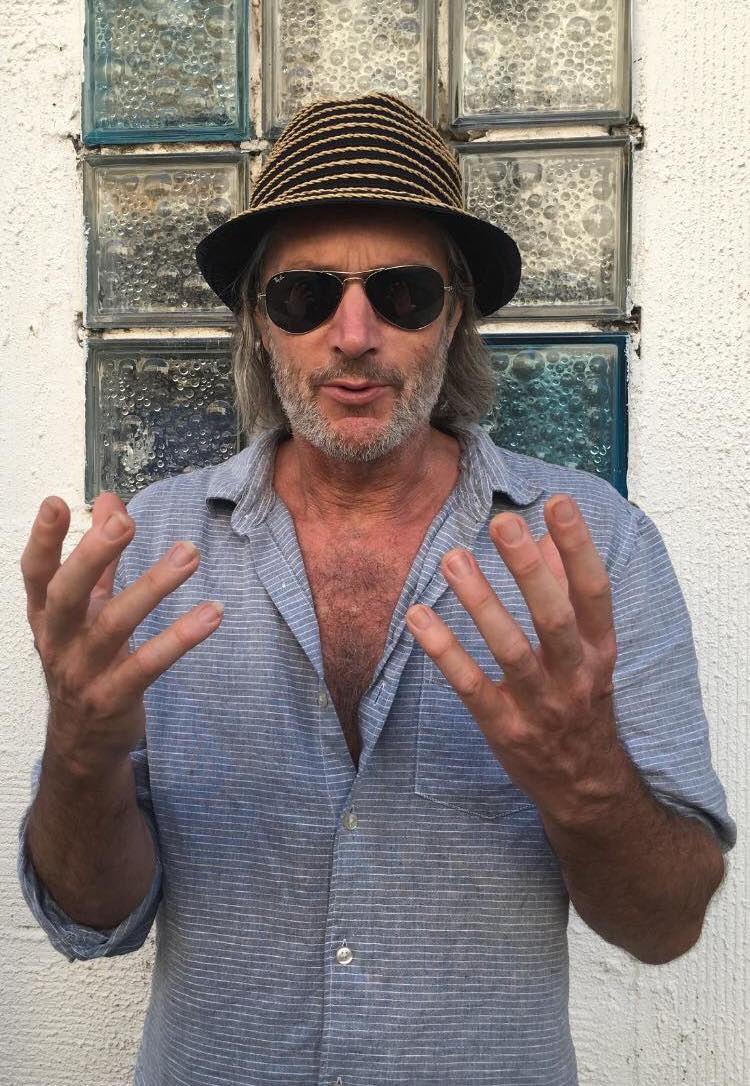 The terrain within which Inigo locates his creative outpouring appears as a mythic landscape of a distant past or a future that has yet to come to be, yet as he says “my works are not depictions or descriptions of something rather they are themselves a ‘something’ . True Works of art have a vibrational charge that affects the viewer who then becomes a participant with what can be termed a living work”.  This sense of ‘Presence’ or the ‘being-ness’ of each work is primary to him – beyond as well as encompassing its’ iconographical meanings, humour and socio-economic subtexts. A paradox: works located in a mythical past or future with an undeniable sense of the ‘now’ .We can see this aesthetic expressed explicitly in Inigo’s kinetic sculptures that when activated in performance use brain state entrainments affecting the viewers/participants reception of 3 dimensional holographic animations transporting them to a  5 dimensional reality.

This mythic territory is brought to life using both contemporary and ancient techniques. The use of Affresco (traditional fresco painting) and the adoption of modern restoration techniques to remove these wall paintings from the walls of his studio creates works that have ‘lived’ through enormous risk of loss, and ultimately survived and transformed from something solid on a wall to the relative fragility of a thin layer of limestone and pigment mounted on canvas or wood. Is this also a social commentary of commodification and displacement as well as of transformation and becoming – Inigo’s ‘living’ works?  Certainly this process adds to the works Presence.  Soundscapes are ‘carved’ from his own brainwaves collected via Neuro-feedback from EEG recordings. The afore mentioned Kinetic Sculptures create immersive environments. Interactive sculptures, large format oil paintings, sonic compositions, multi-media works on paper, screen printing, and animated video projections all play their part in this mythical territory.

Inigo has curated the exhibiting of his work as an outsider artist choosing a low profile after great success and rude awakenings as a young artist, showing in California and Venice, Italy, and working on large fresco projects in London and Los Angeles.  “I’ve just followed my passion, so the label of outsider artist seems … inadequate, a limiting thought form. I do understand the reference, however I did go to art school and I have shown my work when I felt the necessity, its just that the venues for exposition have been perhaps off the radar screen of the conventional art world. Exhibiting in provocative spaces, for instance in an abandoned palace in Venice,  and for many years I participated as an artist at the Burning Man Festival in the high desert of Nevada – an experience indeed! Perhaps what I’m most interested in is the immersive art experience itself and the venue is dependent on the nature of the art…it all has to fit and not like a label!!! “

Inigo grew up in a household  full of bohemian artists, poets, musicians and actors.  Spending time between California, Mexico, Italy and England. After years of rejecting the obvious, he found himself doing what he had always avoided starting on his journey as an artist. He camouflaged a secondary school 3d noticeboard into an imposing atomic missile. This work was a success and he hasn’t looked back since. He initially developed his painterly capacity by copying works in the National Gallery in London leading to a chance meeting with a professor of Art from the University of California which supplied him with opportunity to study formally, he then returned to Italy where he had lived as a child to study at the Accademia of Fine Art and later with the esteemed fresco master Leonetto Tintori at his ‘Laboratorio di Affresco’. Inigo later won  the prestigious Arts and Humanities Resource Councils Grant (AHRC) funding a Masters of Fine Art degree. He has taught Fine Art Painting, Fresco painting, Fine Art Drawing, Art in Architecture in California and England as well as privately teaching fresco painting. Selling his work privately and through fresco commissions. Inigo has worked with renowned architects such as John Outram Associates, Kanner Associates and Nieve Brown (in process) on various fresco installations. 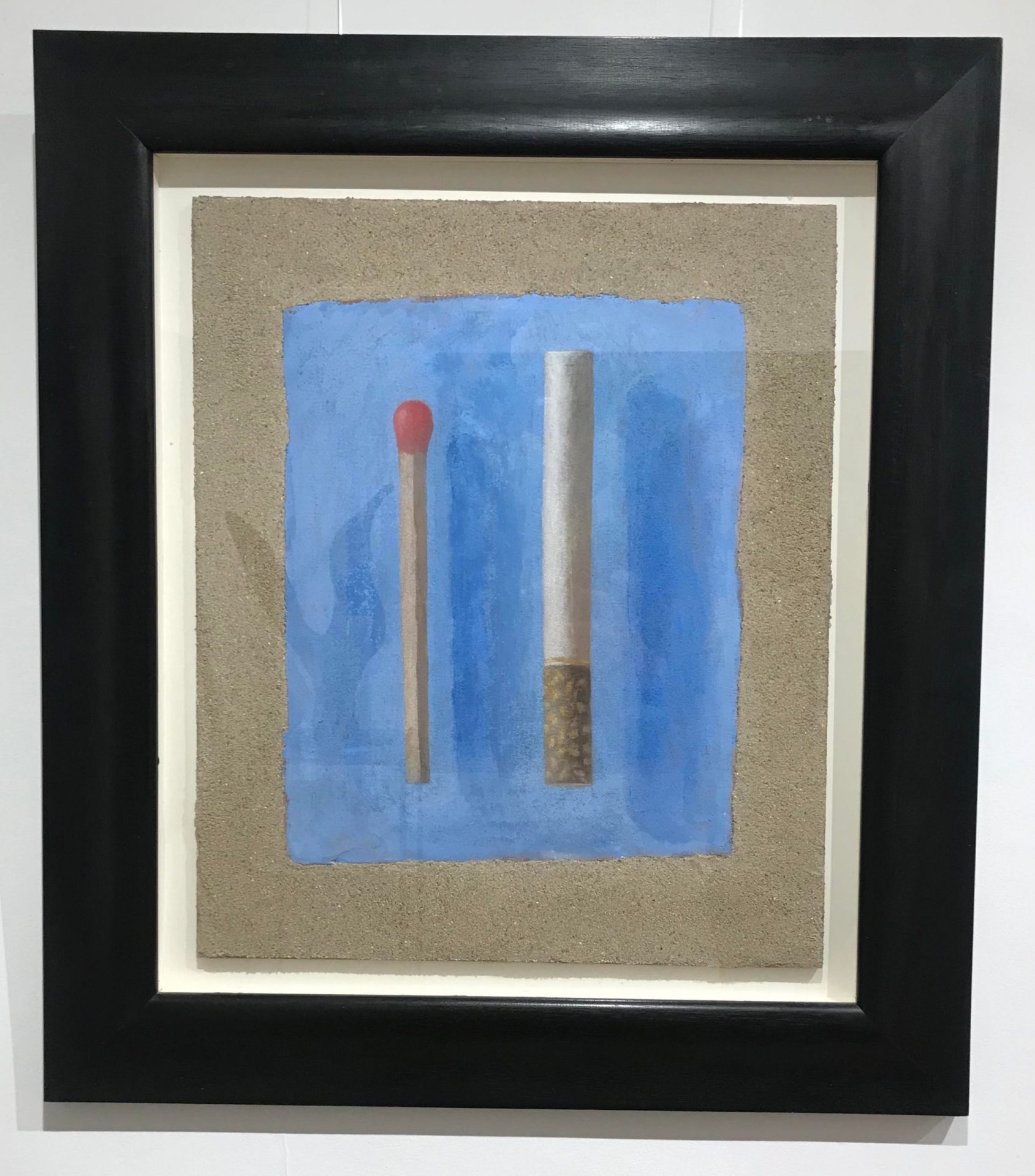 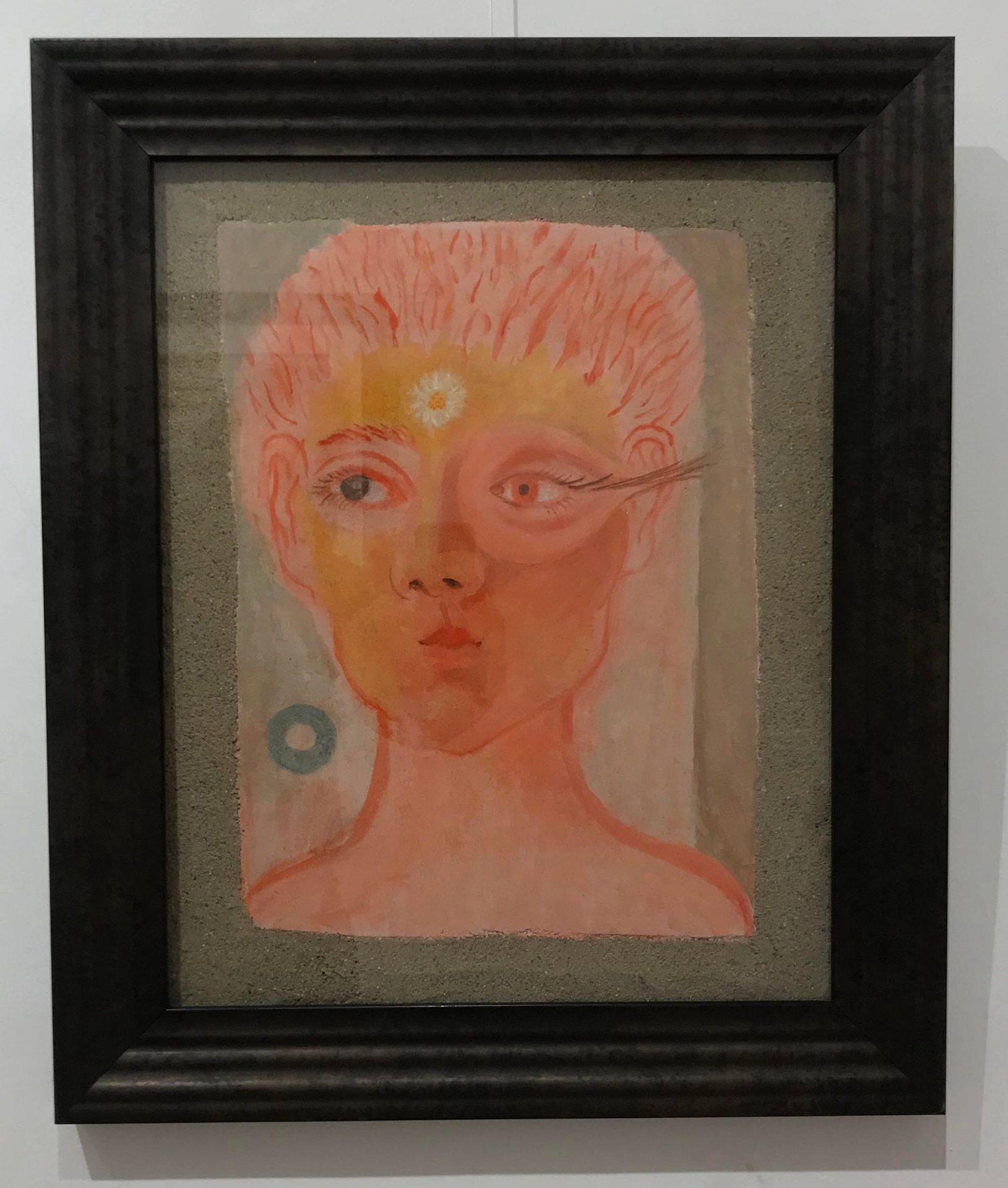 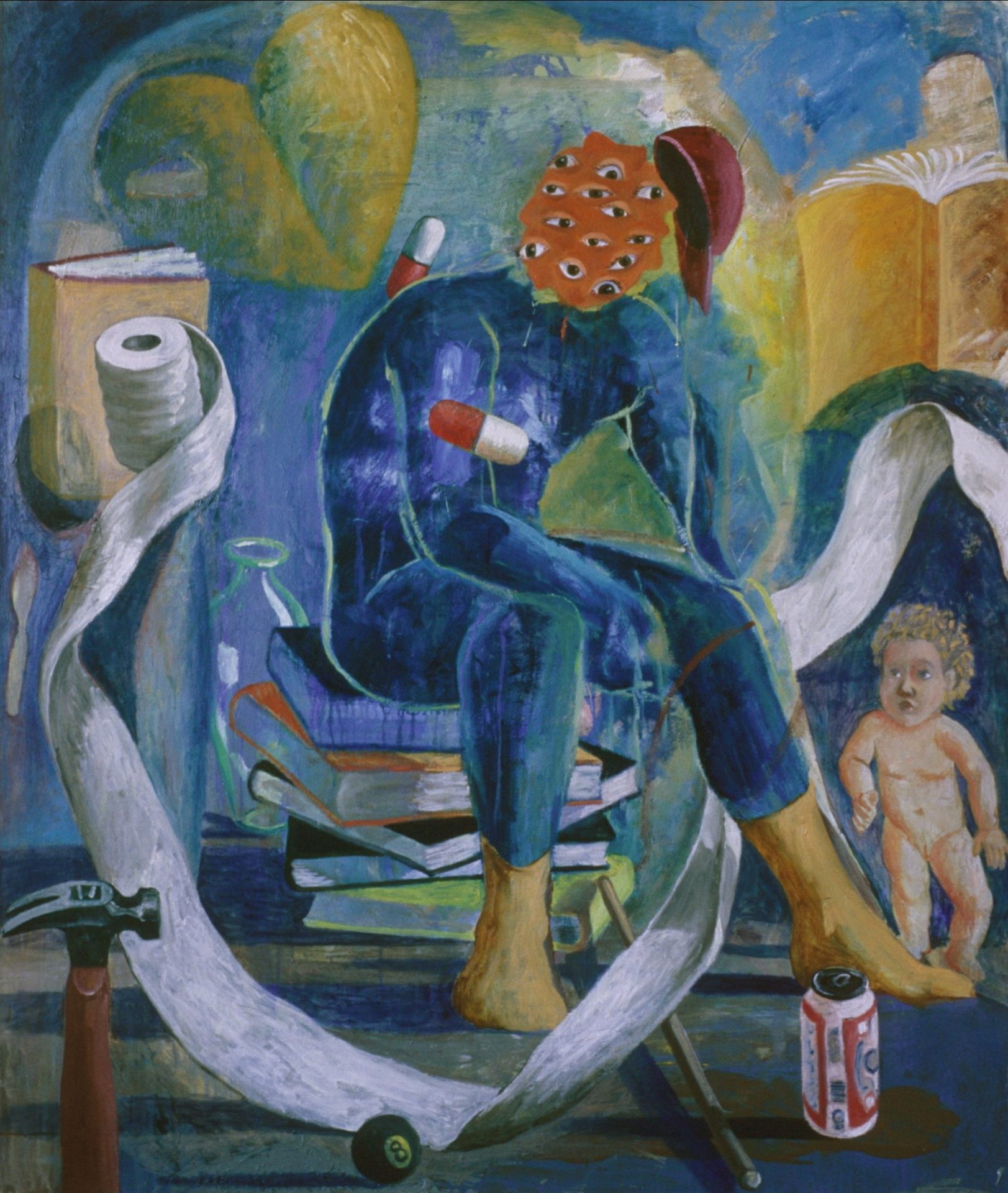 The Man With Many Eyes 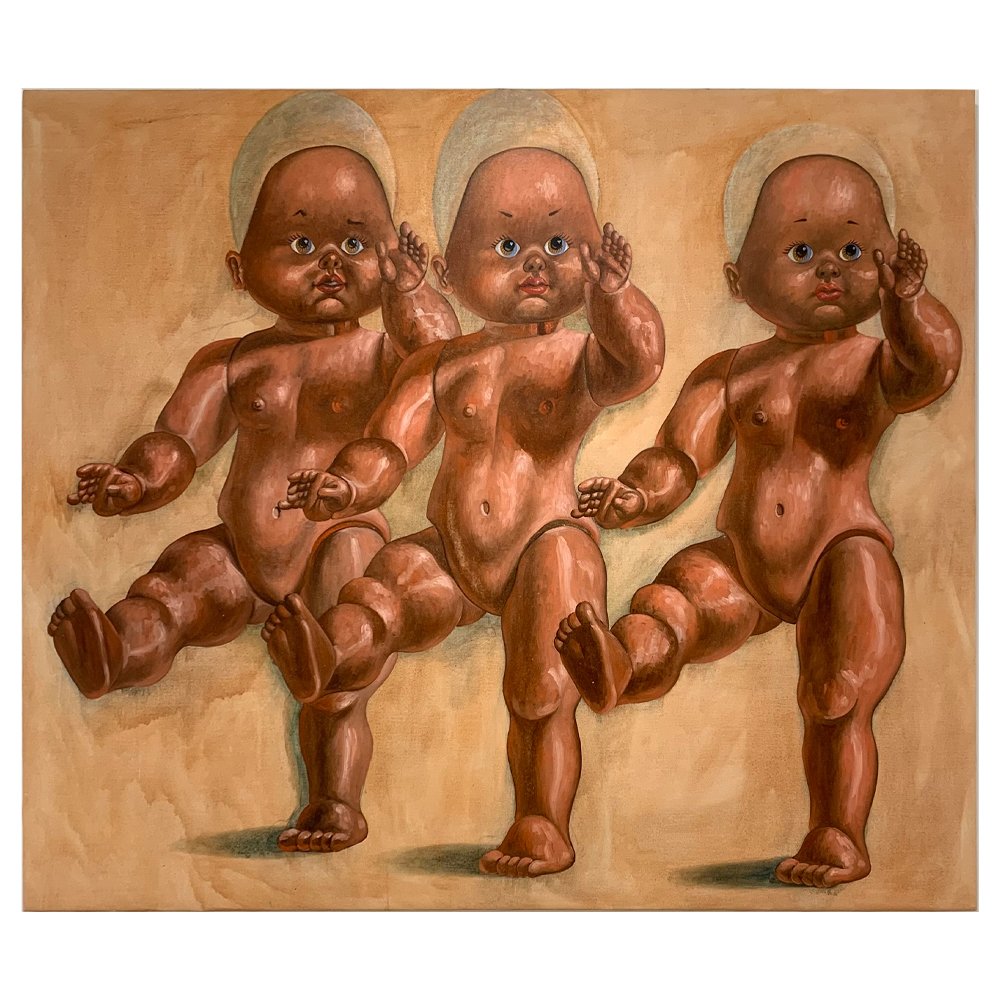 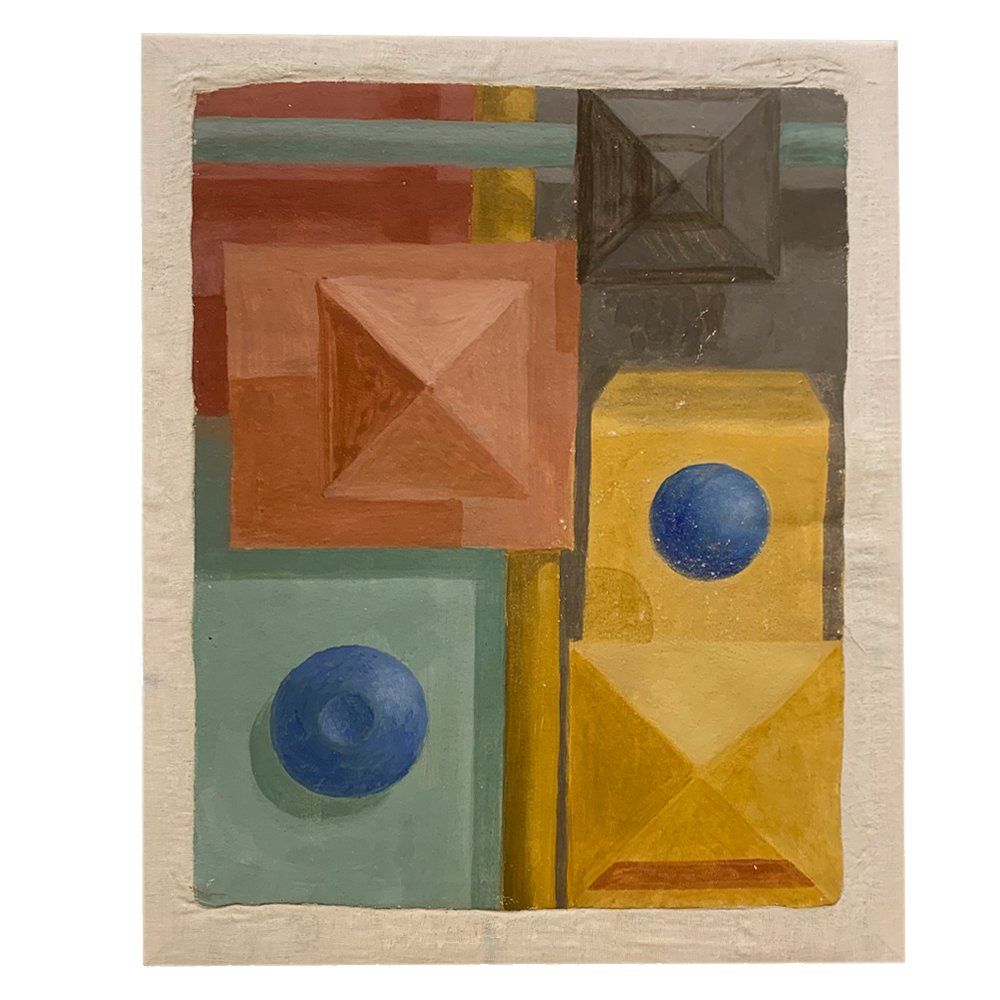 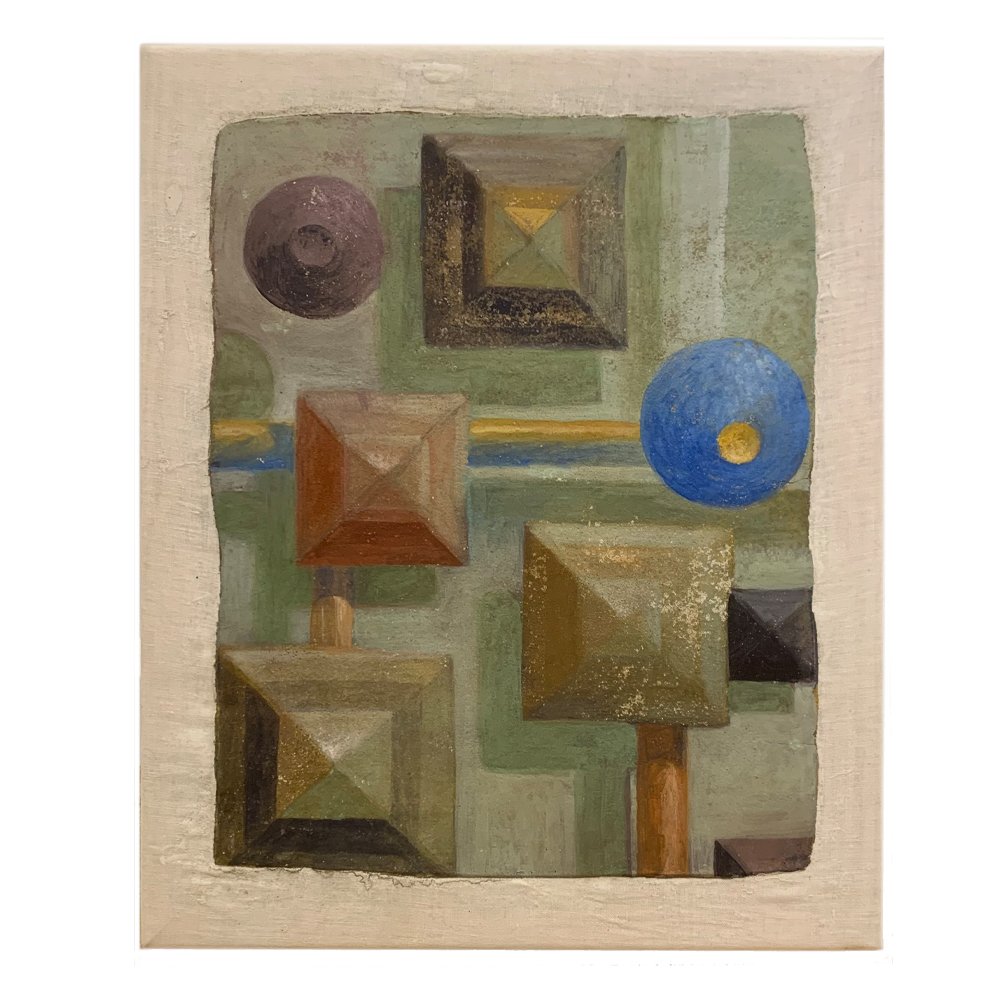 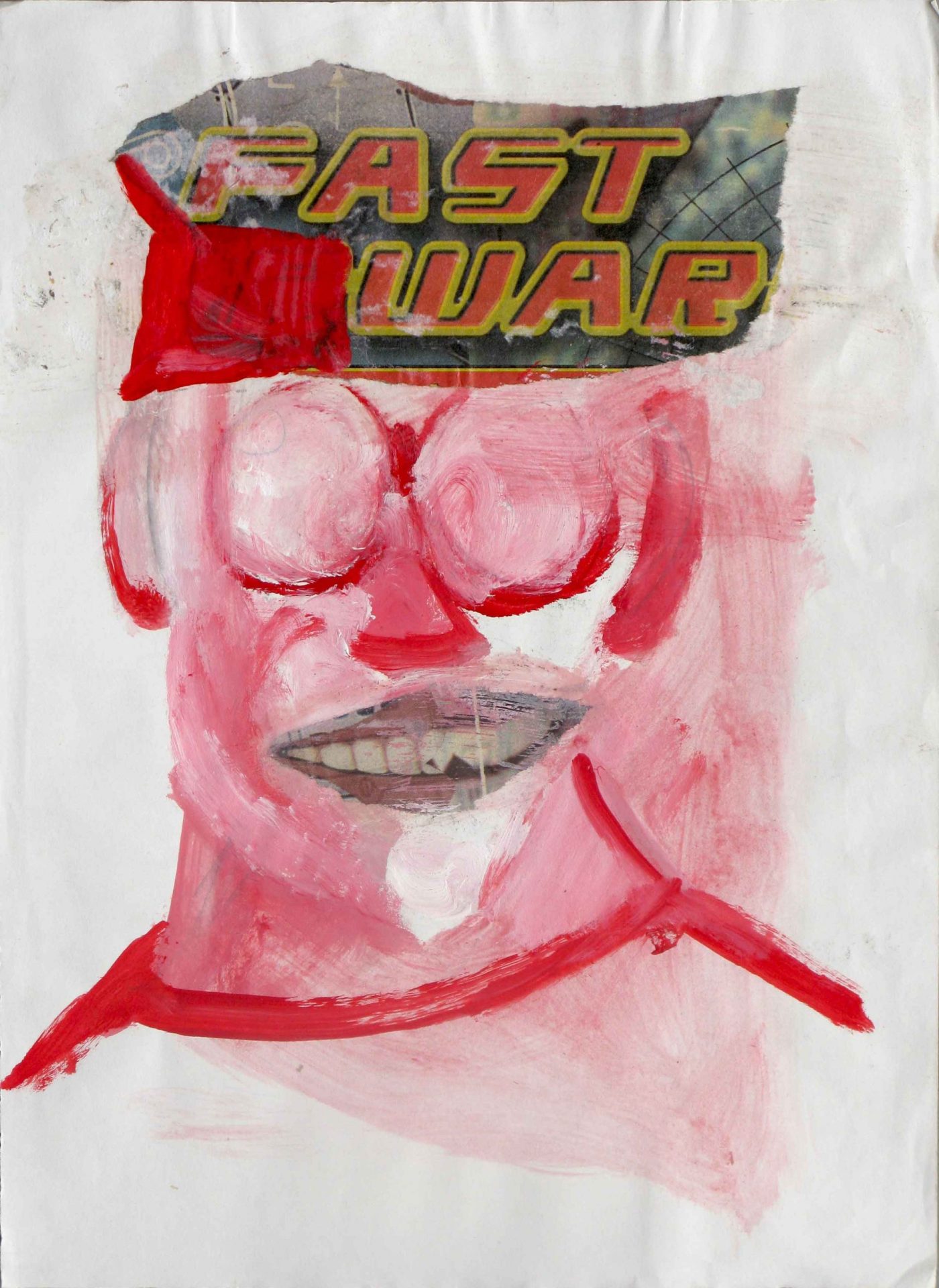