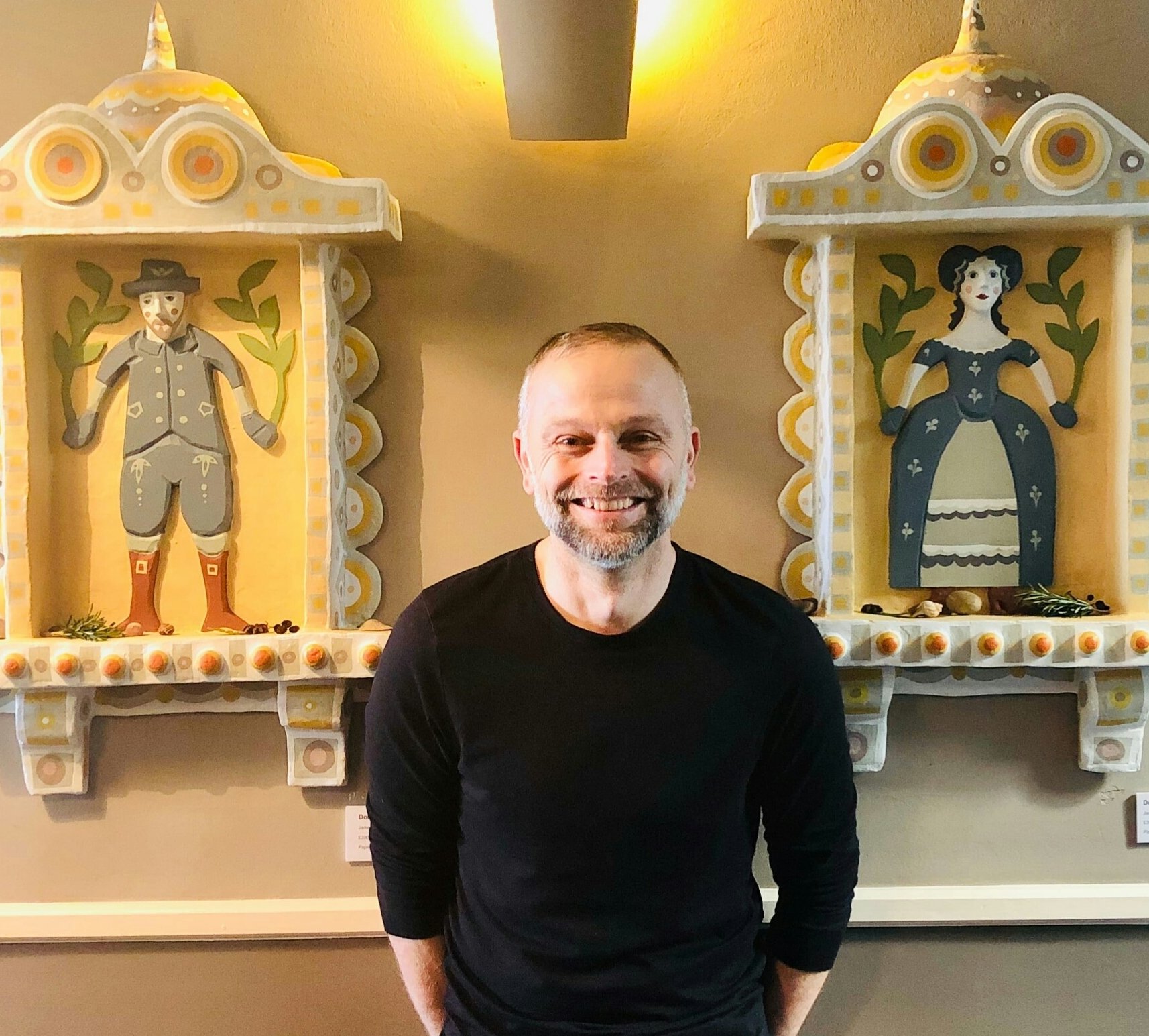 Jim’s work draws on legends and the figures and faces that populate our stories and imagination both conscious and unconscious, popular and forgotten.

After Studying Theatre Design and Illustration, he worked as an illustrator for many years. Over time this illustrative work began to morph into three-dimensional pieces. Using mostly found and recycled resources, the works are mixed media and papier-maché. They are bold, colourful and playful, full of intrigue, humour and mystery. The aim is to create something magical from a variety of materials that may be discovered in skips and bins up and down the country, to create something valued from redirected landfill.

His work is powerfully influenced by the stories, pictures,  films and children’s television of his Cotswold childhood in the 1970’s. As an Artist in Residence at Prema Arts in Uley he has been exploring further and creating larger pieces pushing further into those tall tales from our past, discovering new faces and old characters.

. Please be aware these pieces for INTERIOR use ONLY and are NOT intended for use as toys. 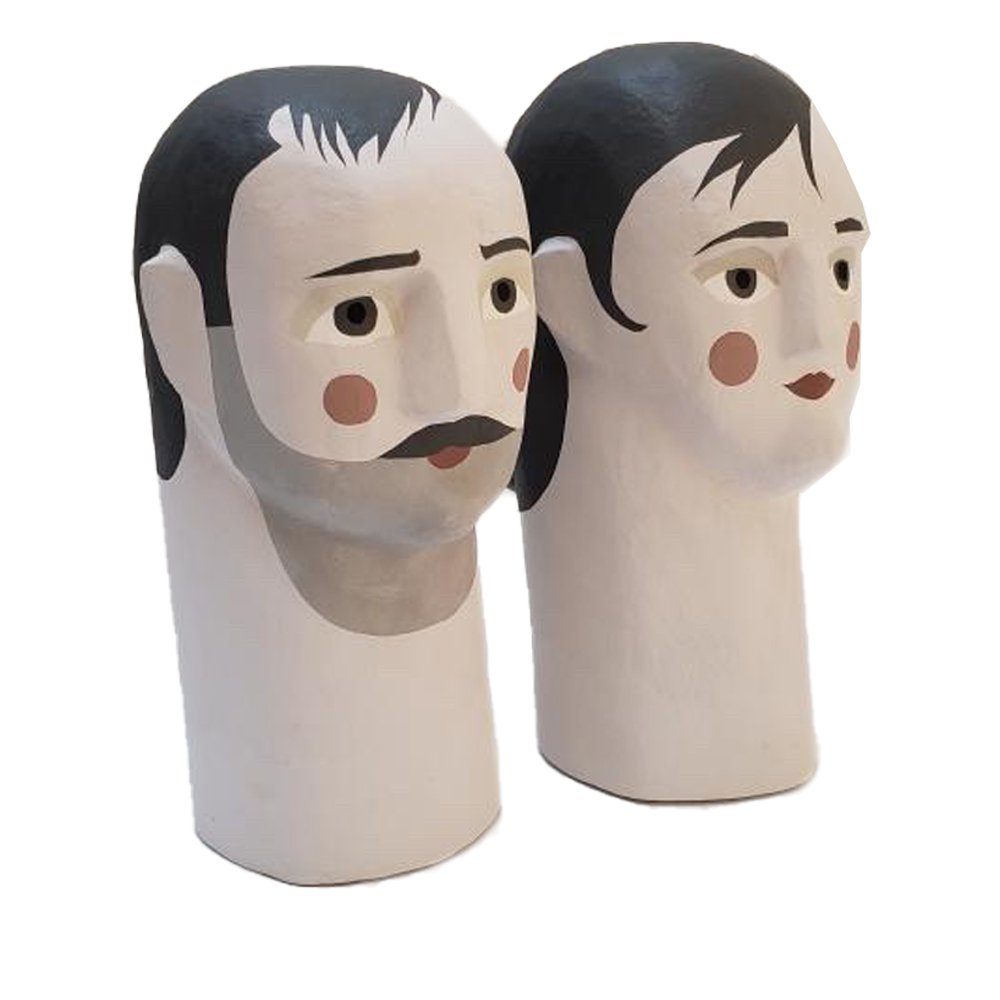 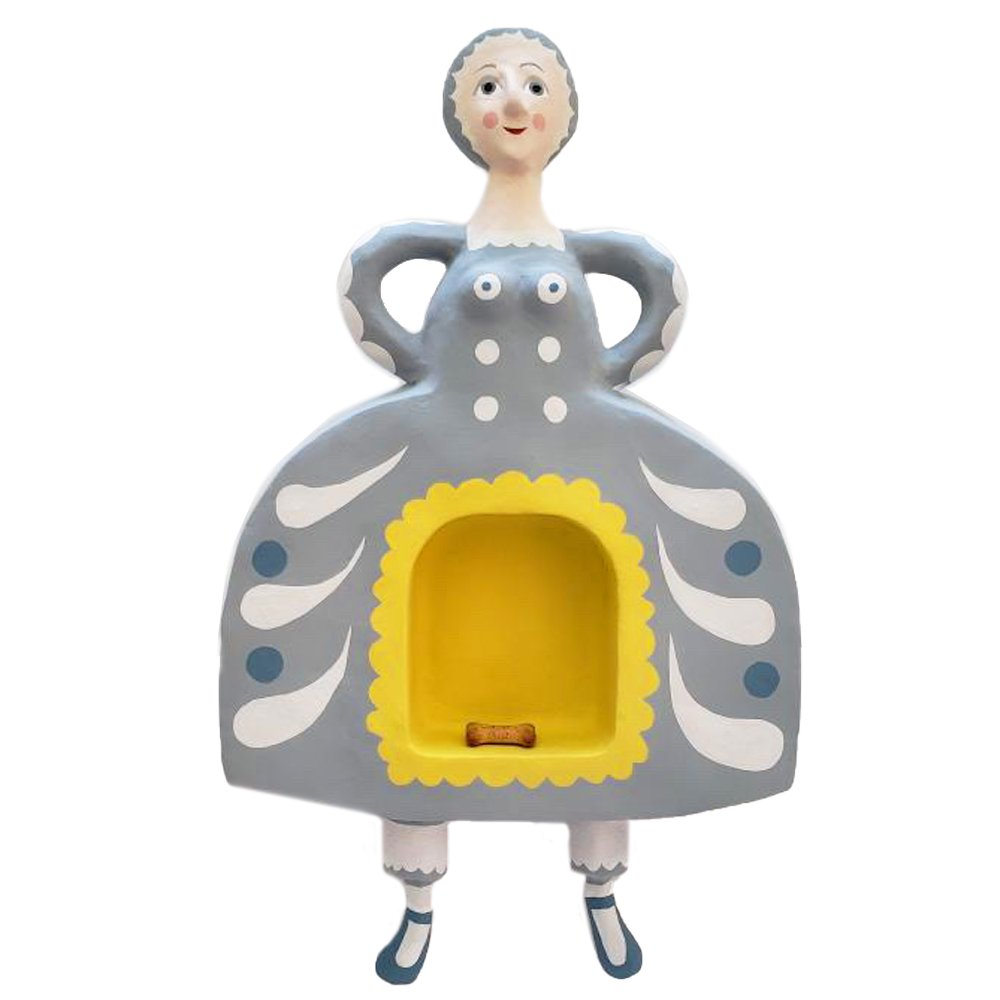 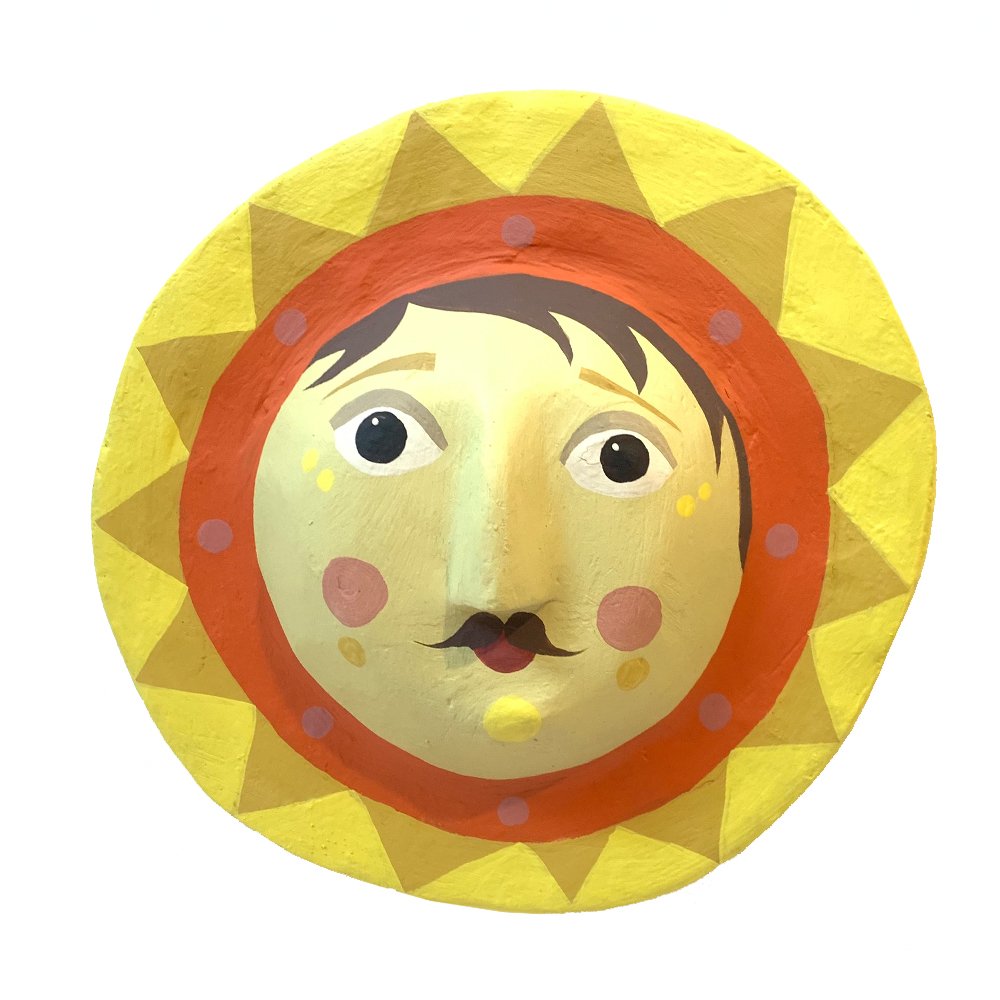 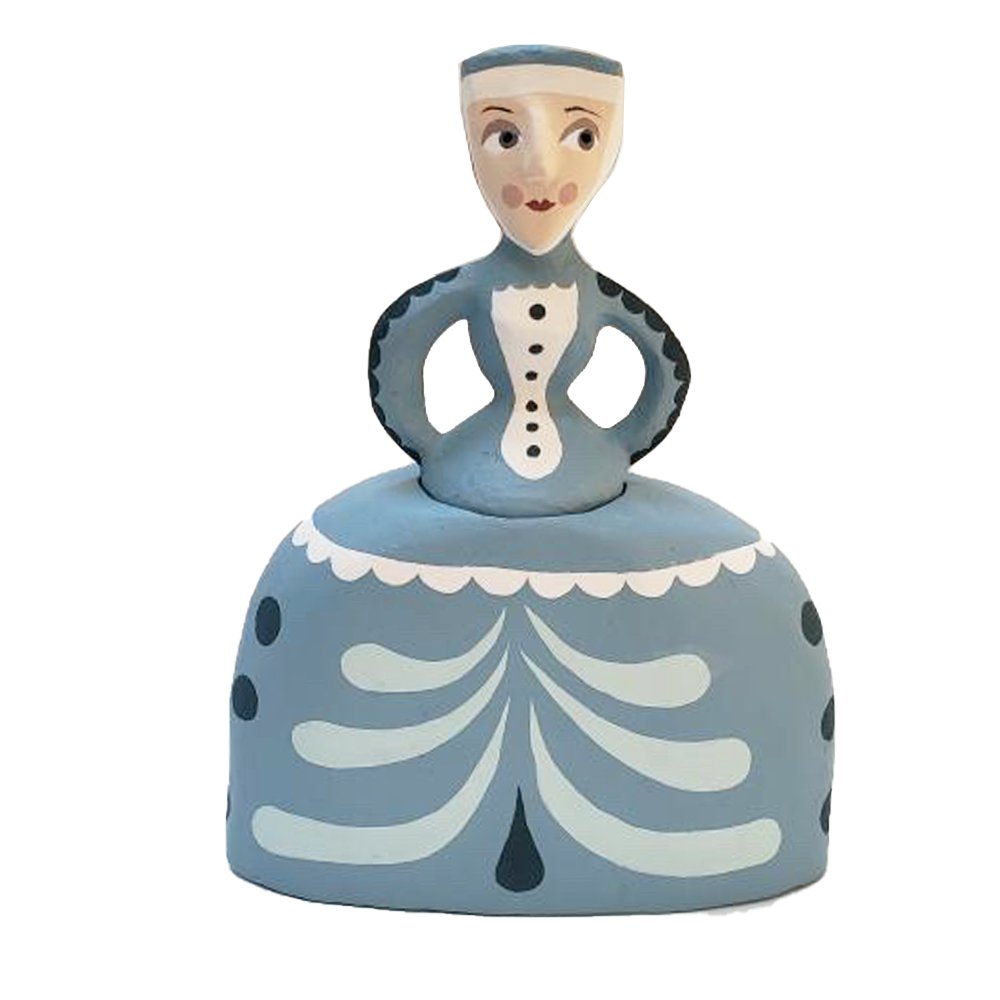 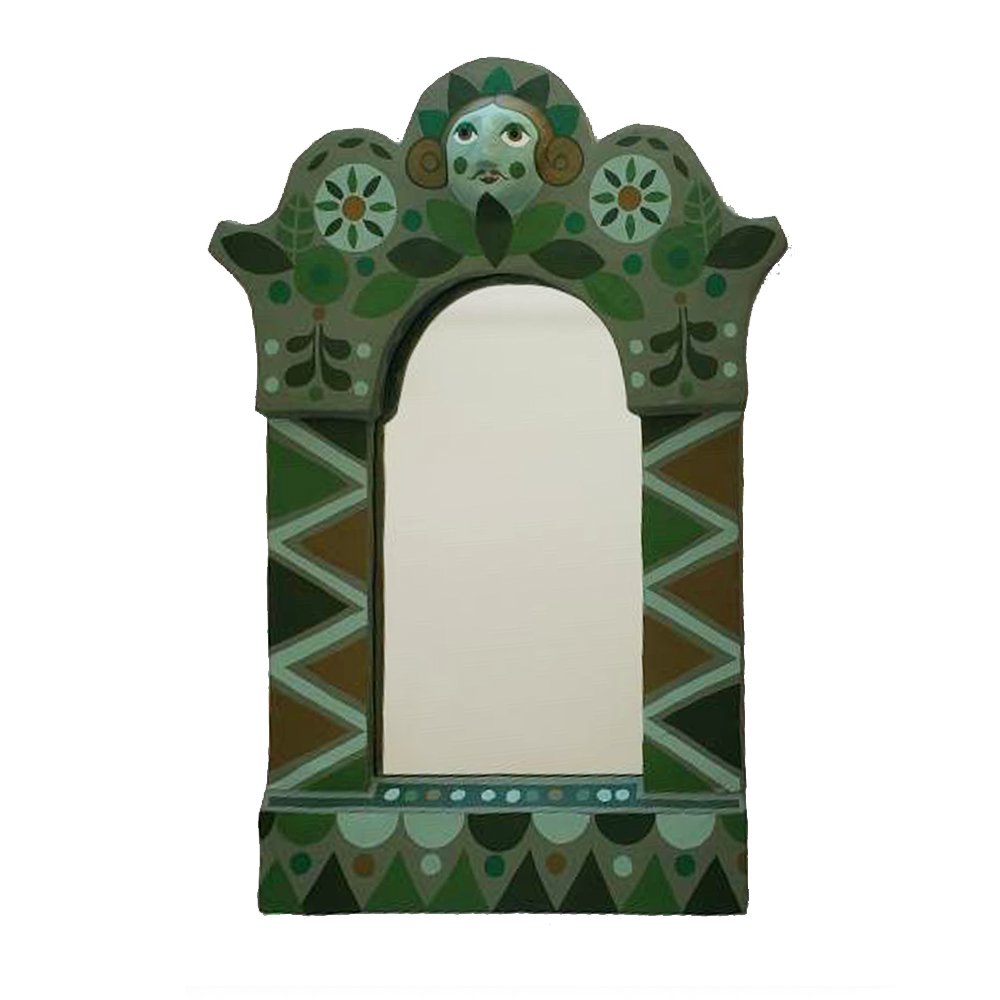 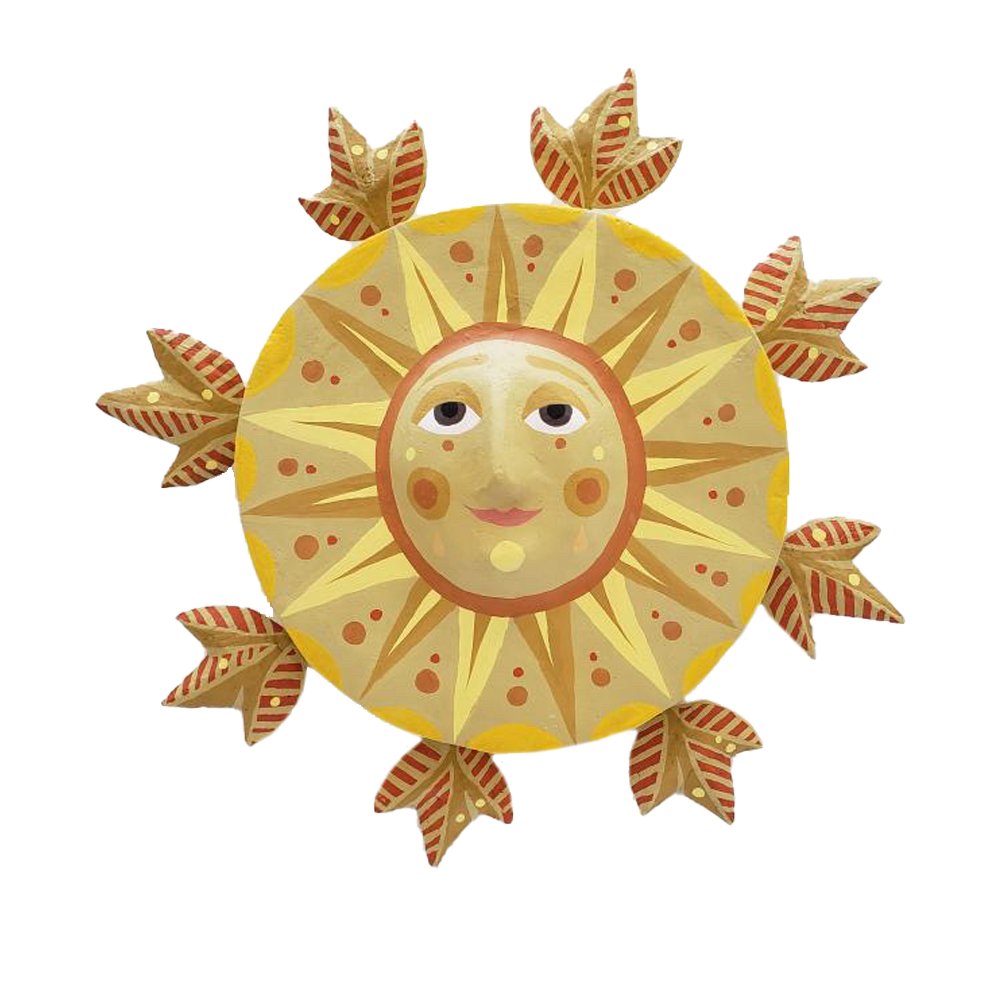 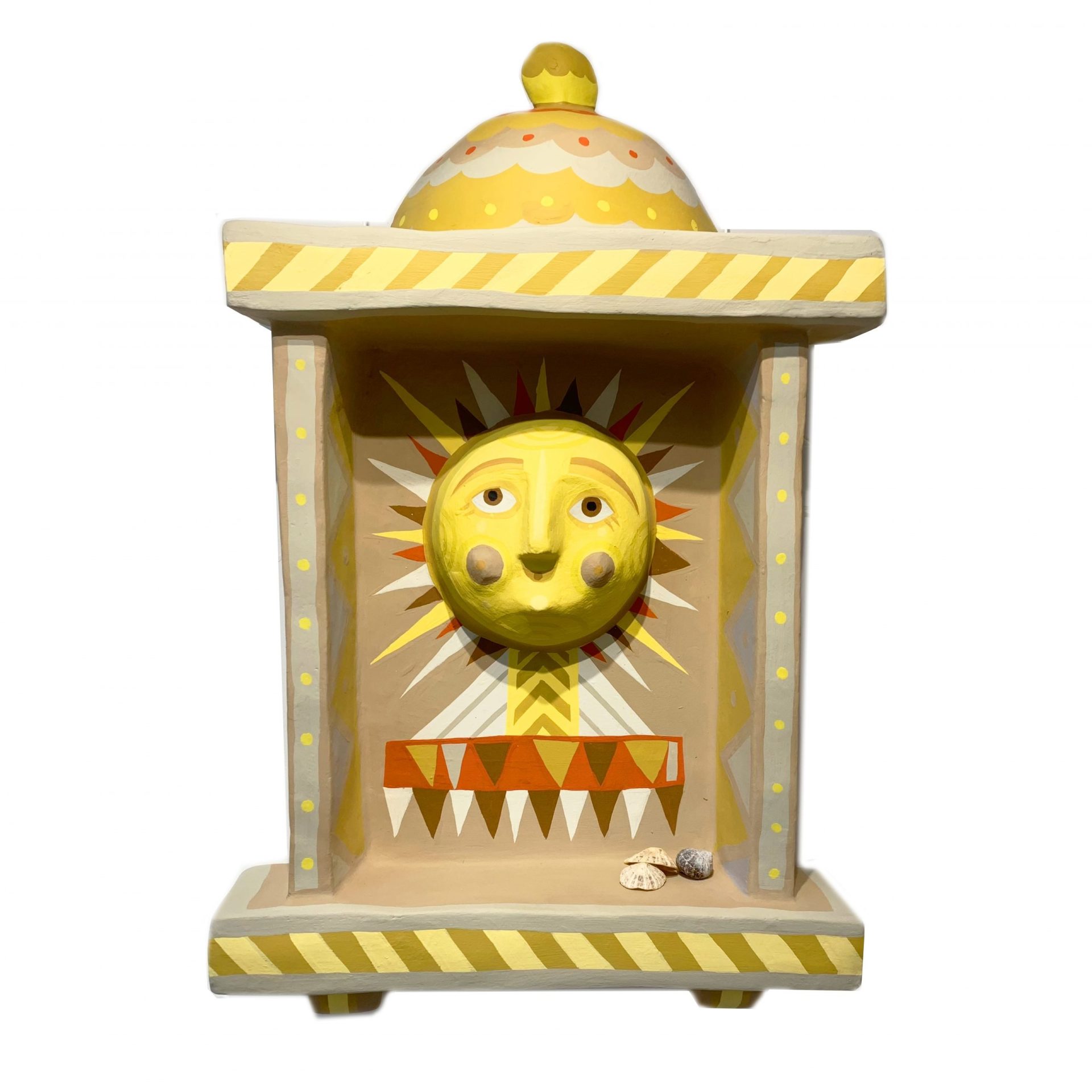 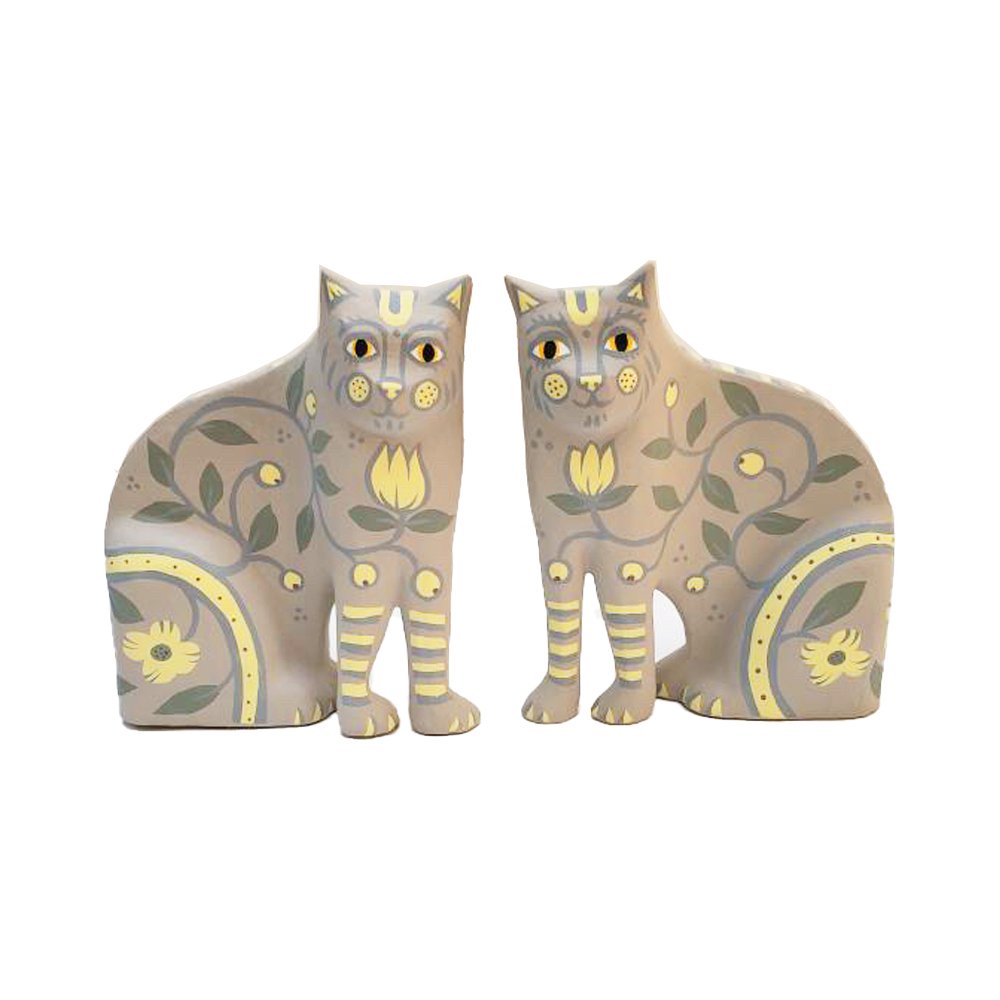 Wait and See, the Staffordshire Cats 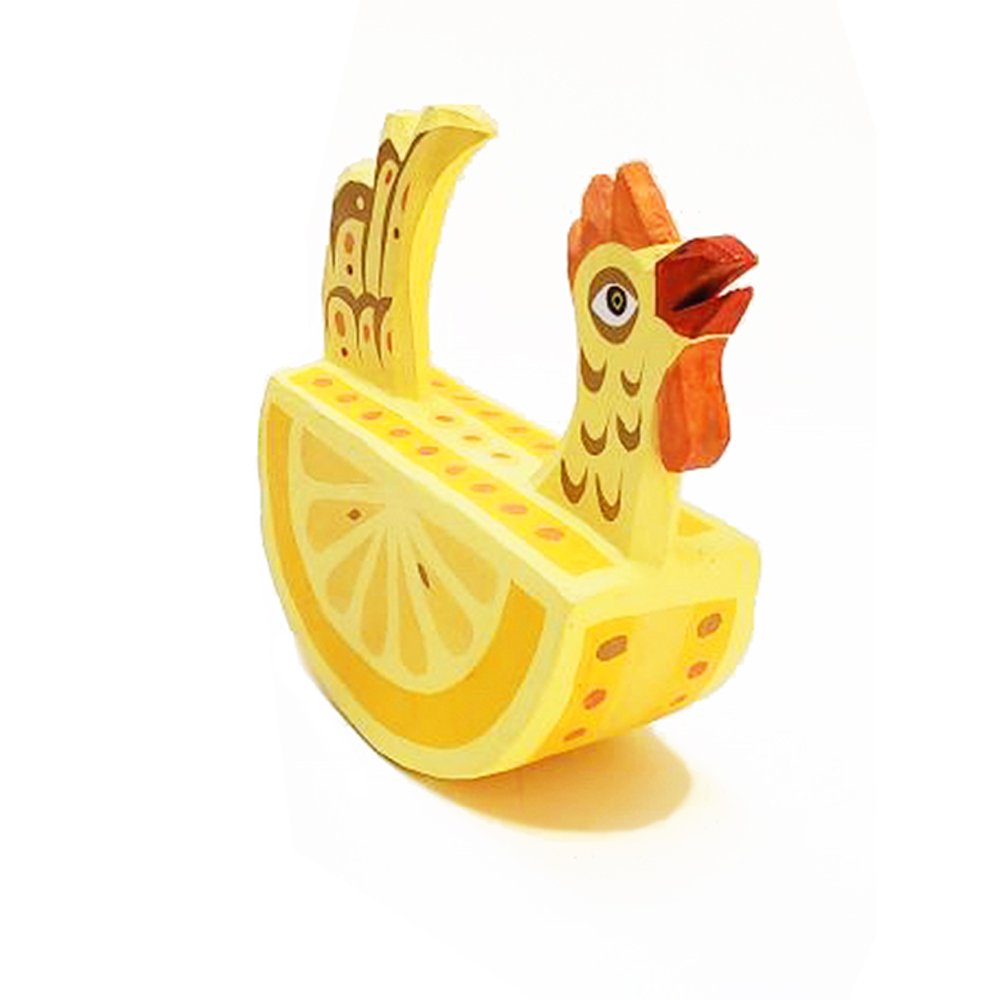 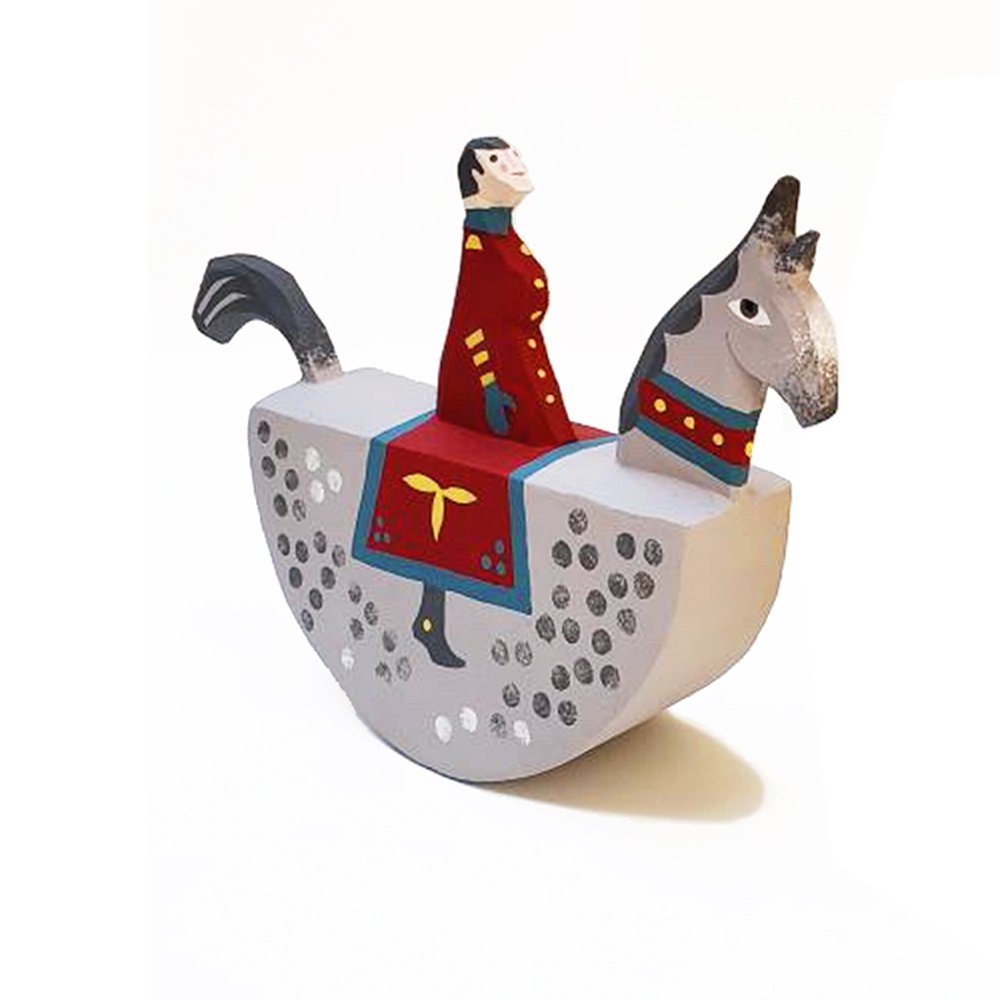 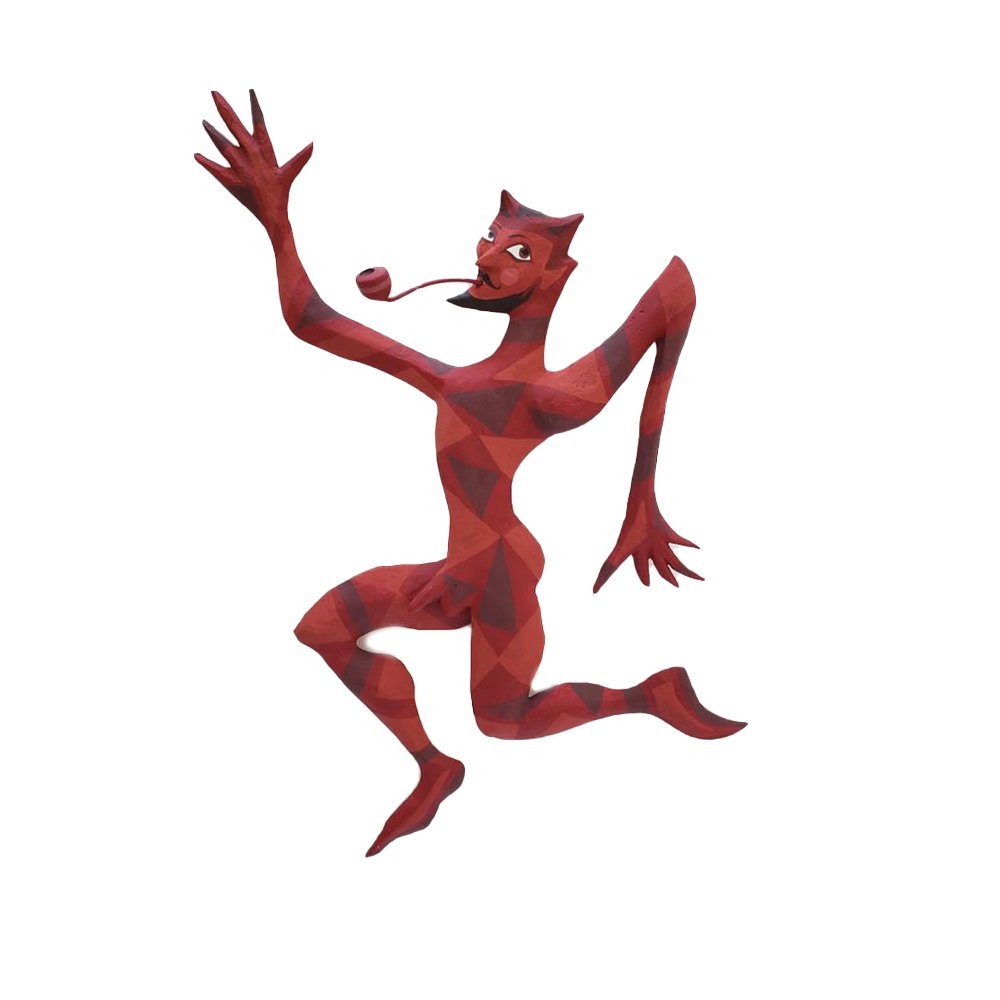 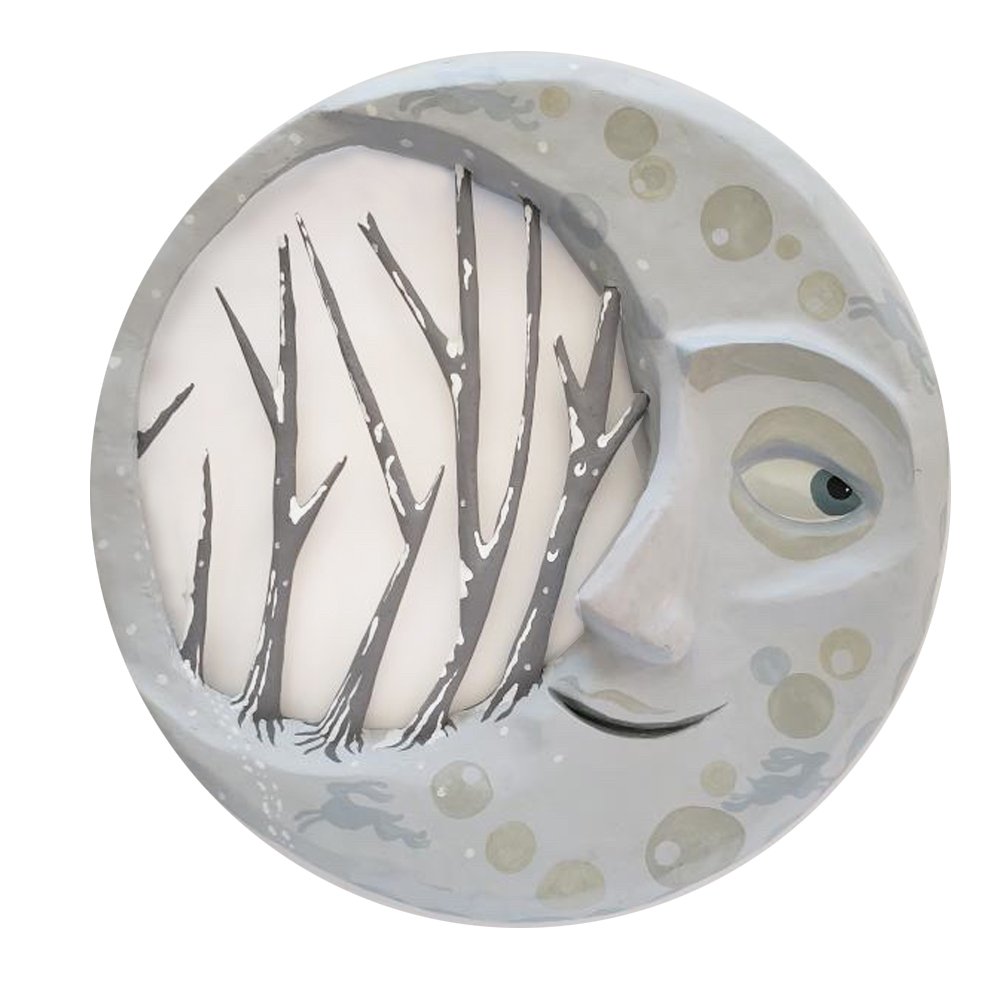 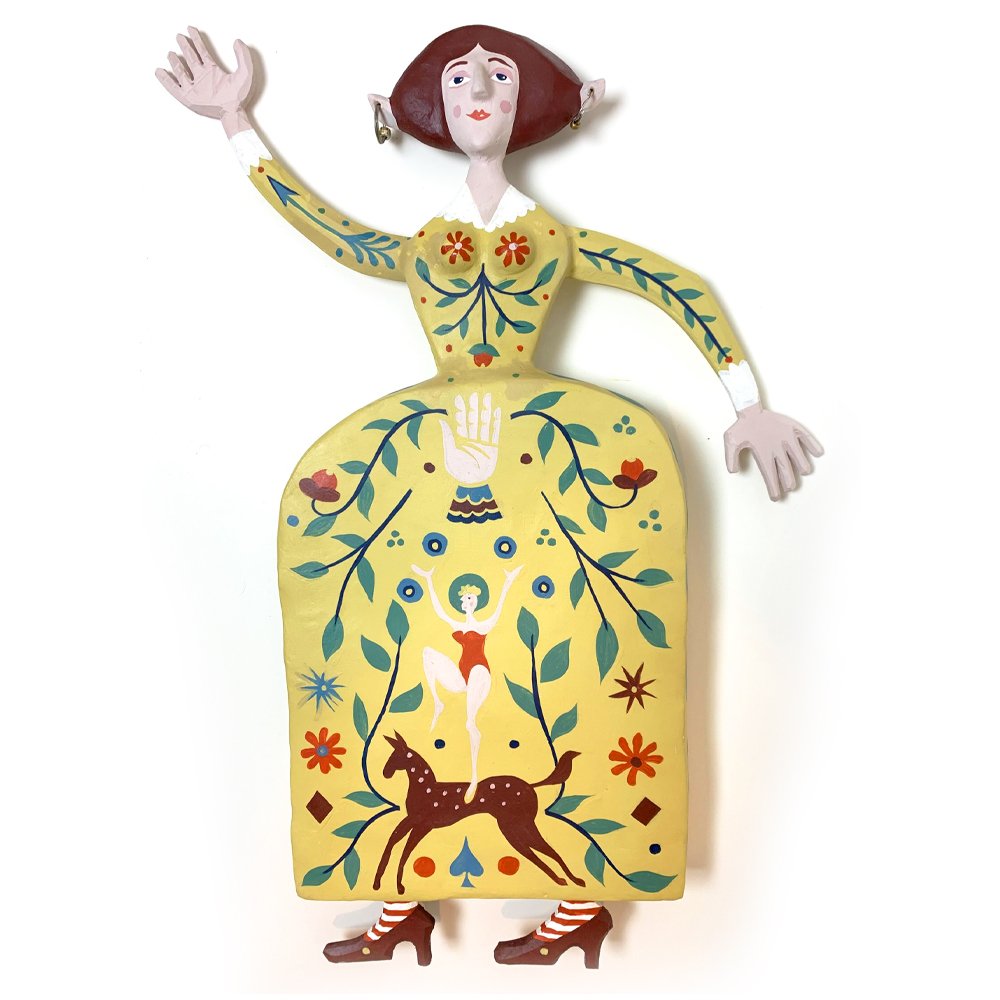 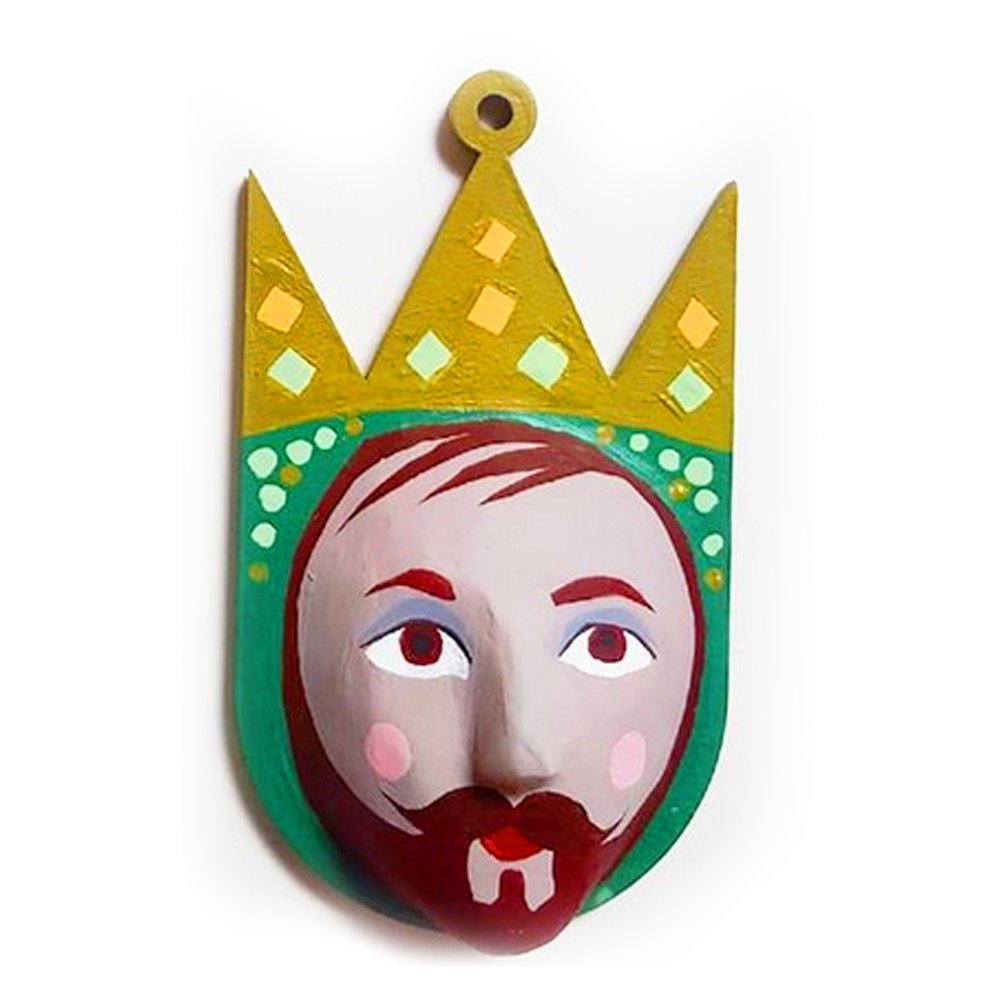 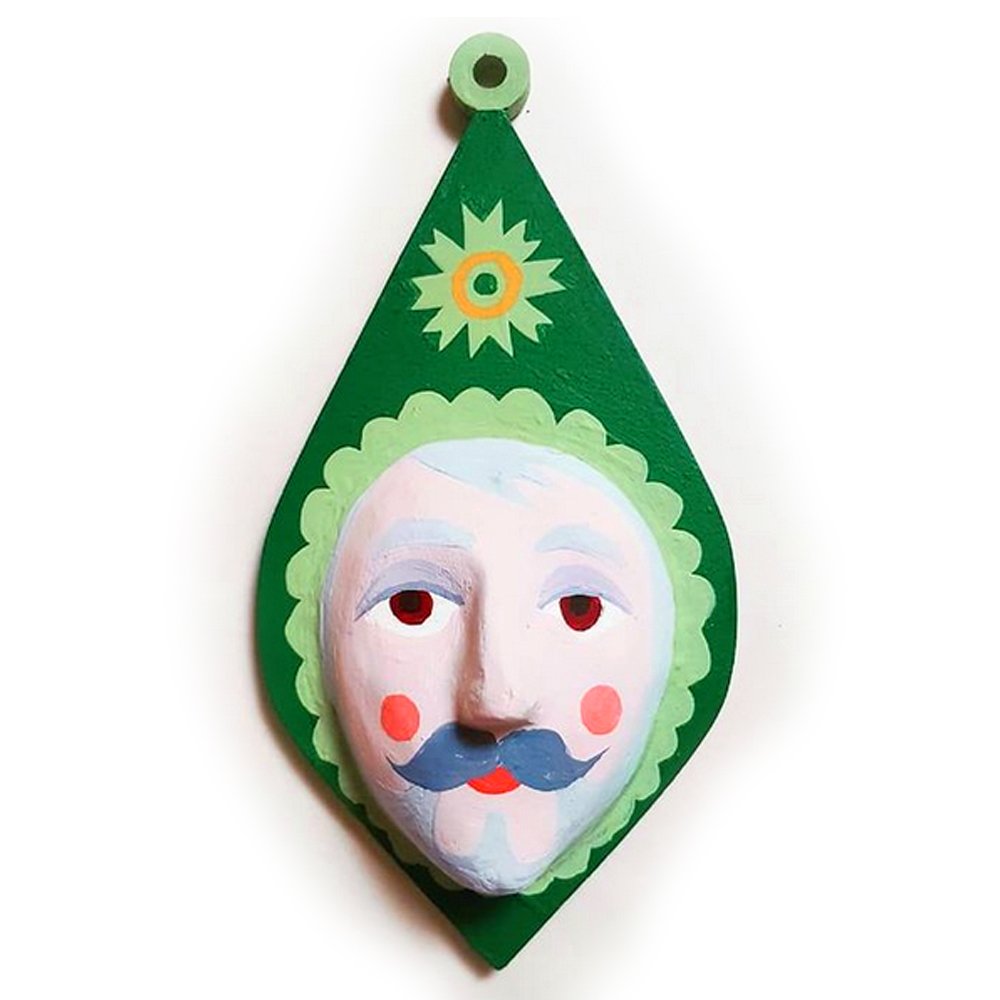 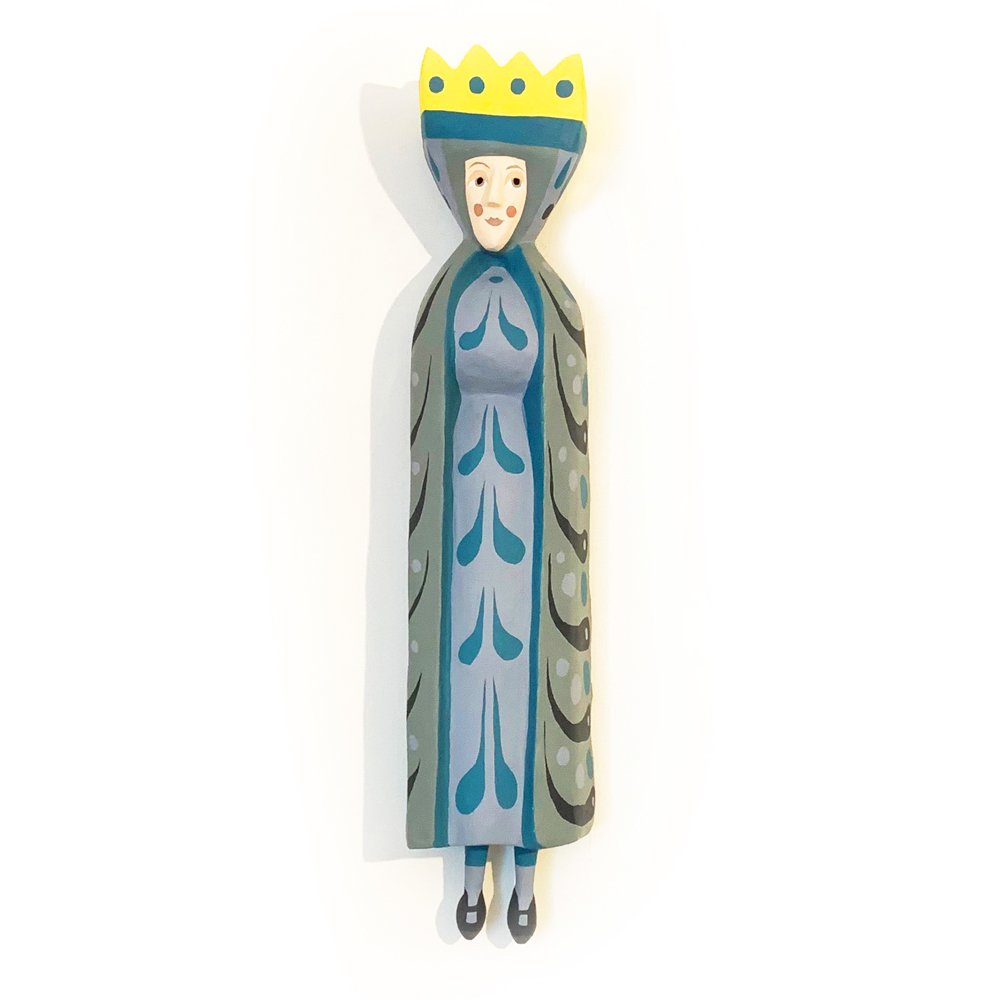 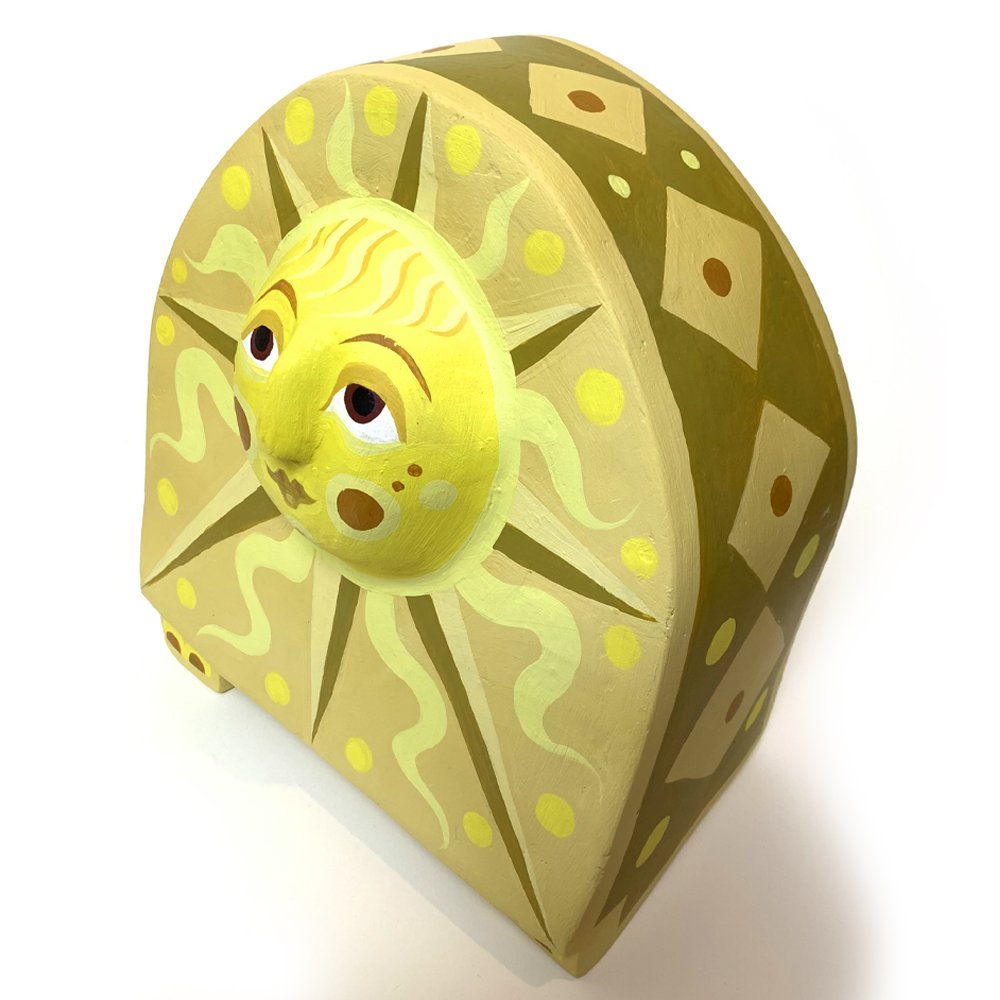 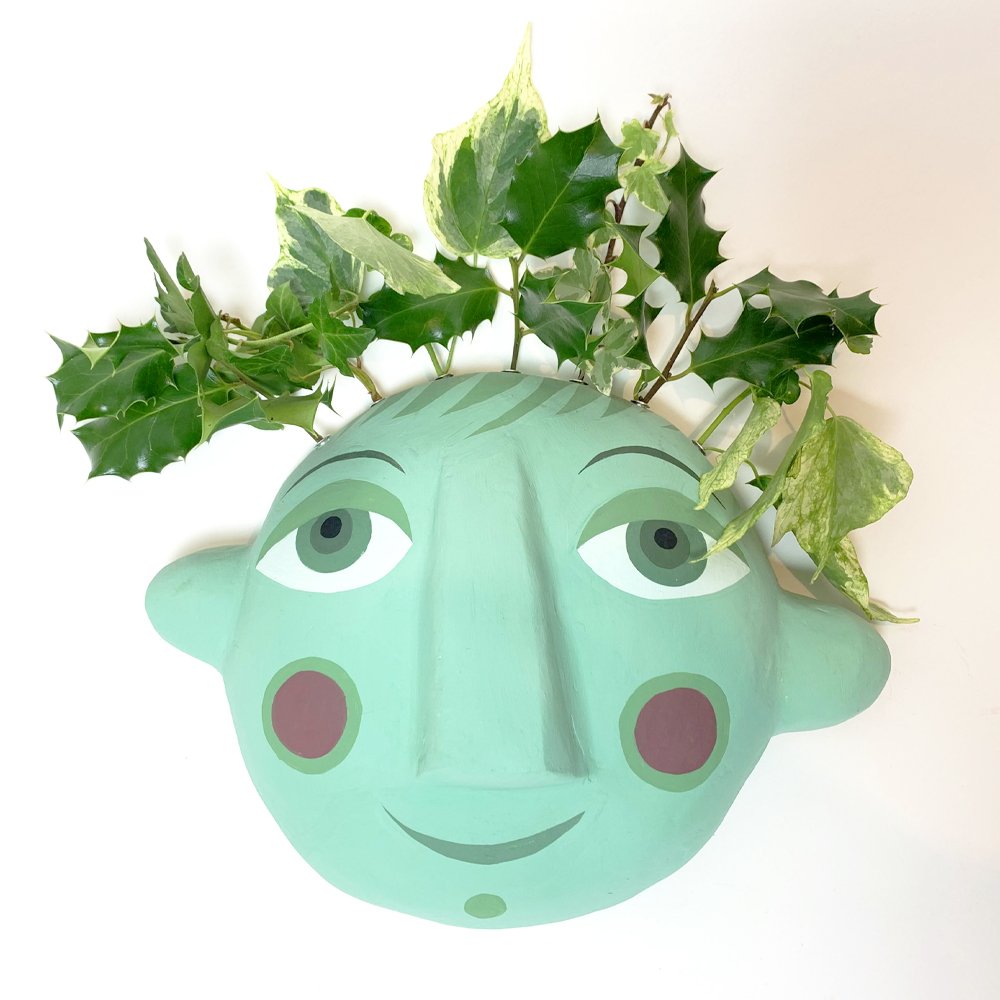 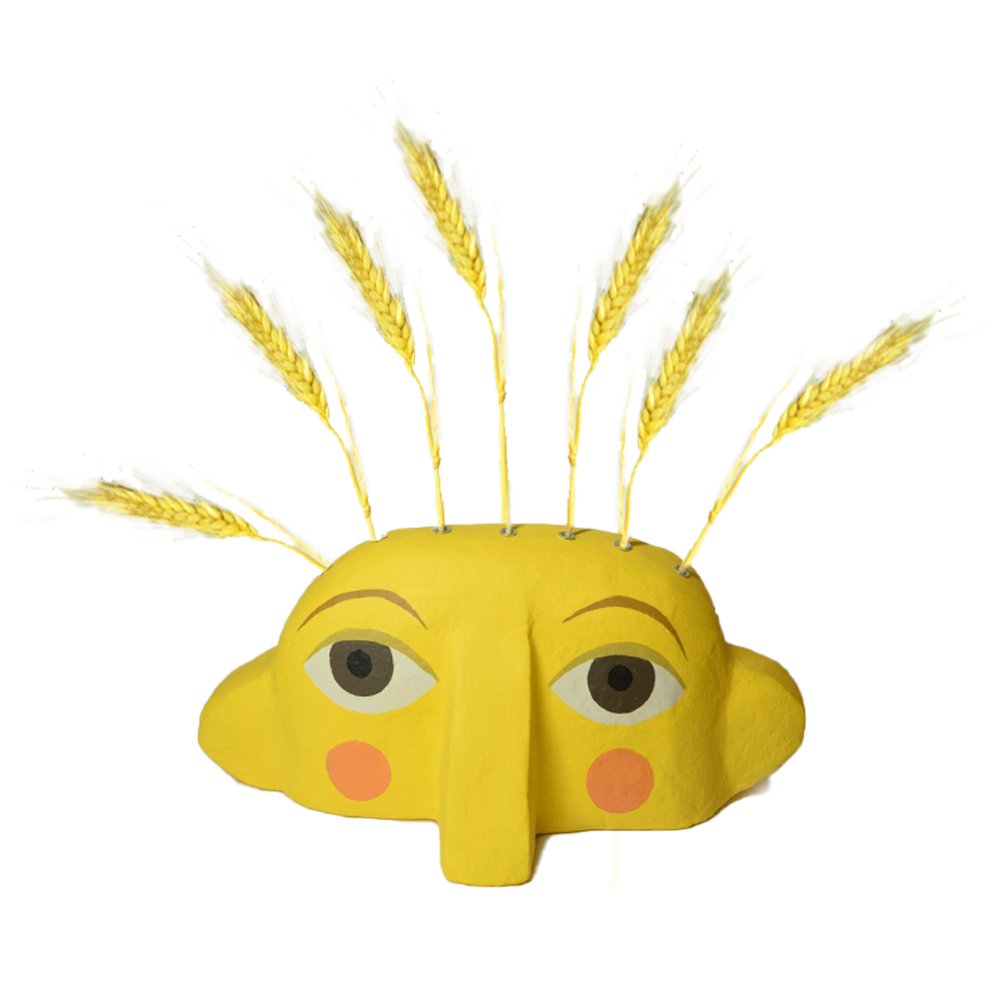 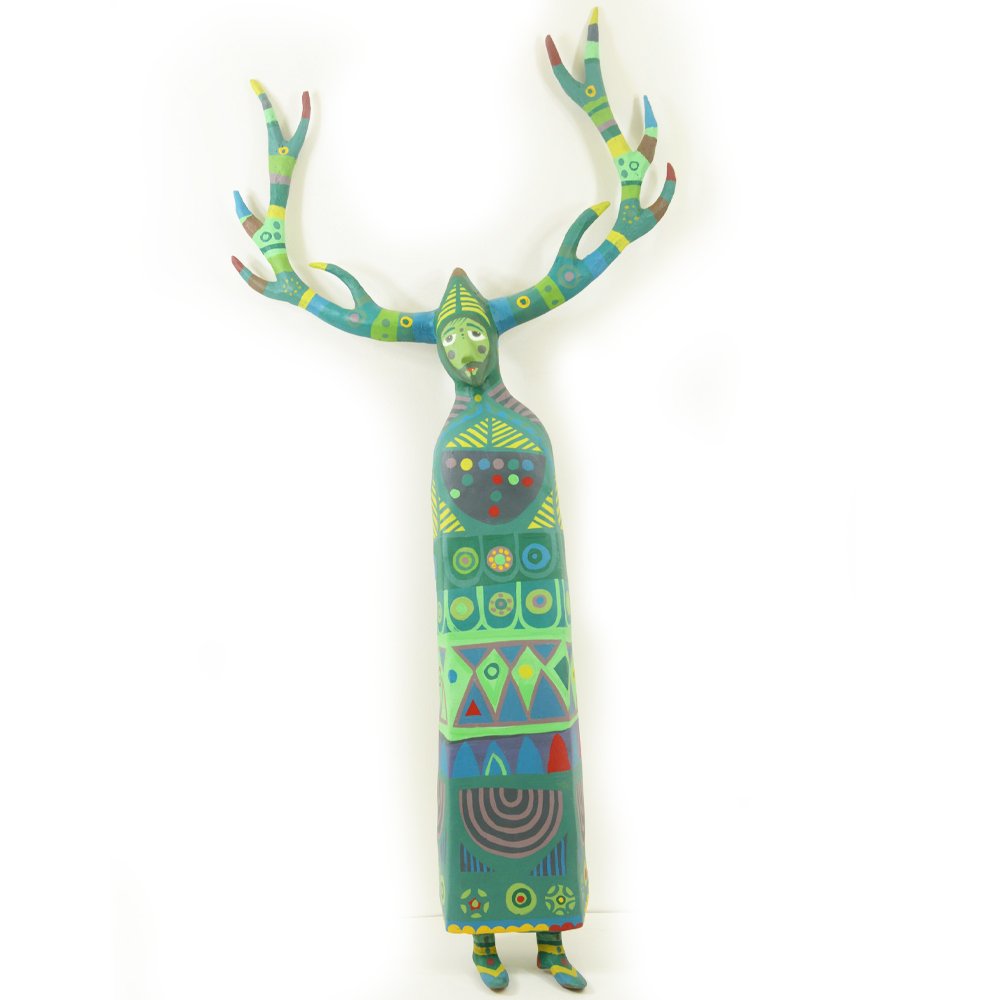 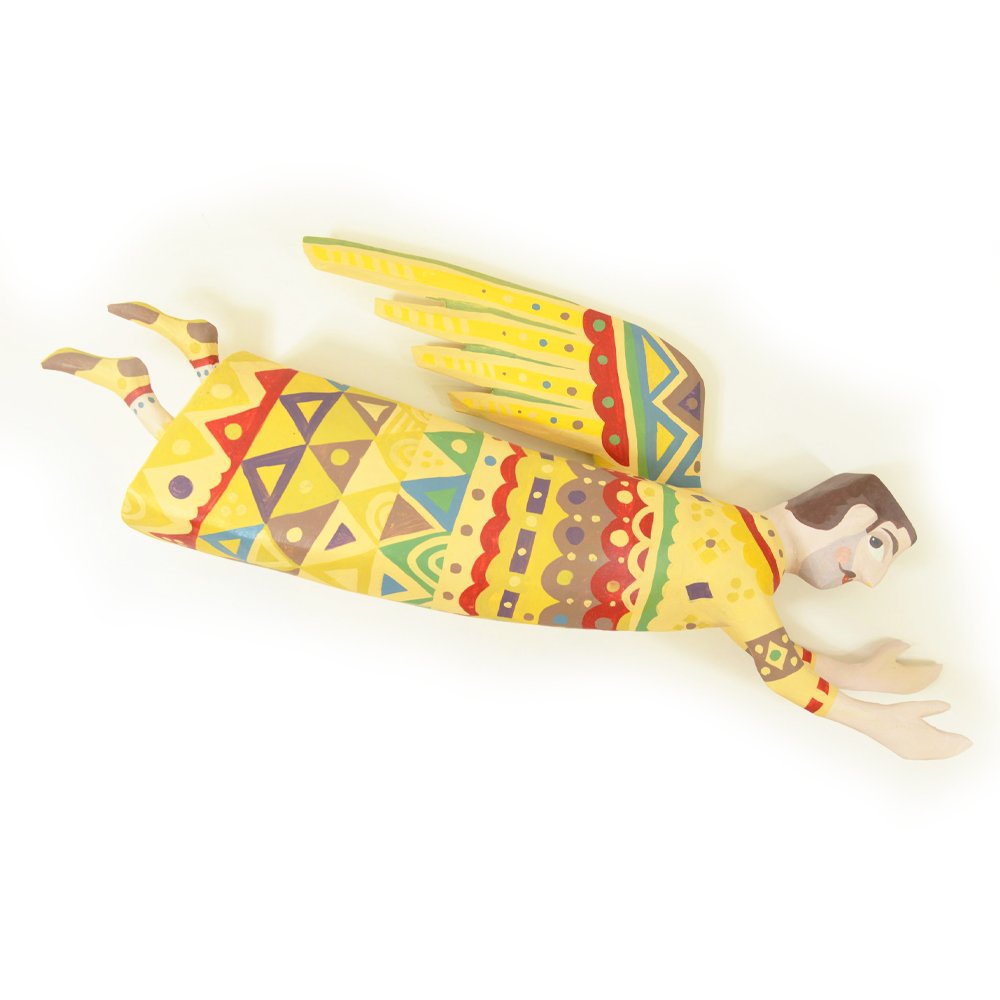 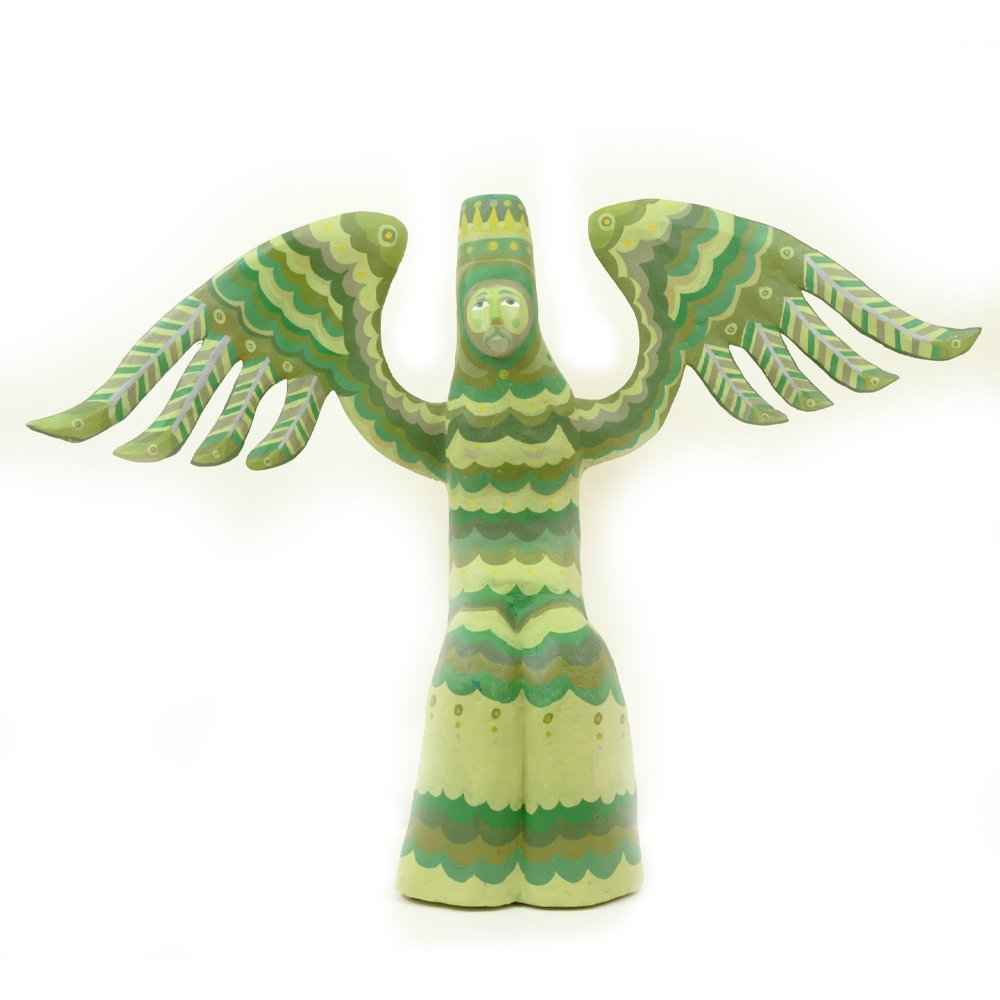 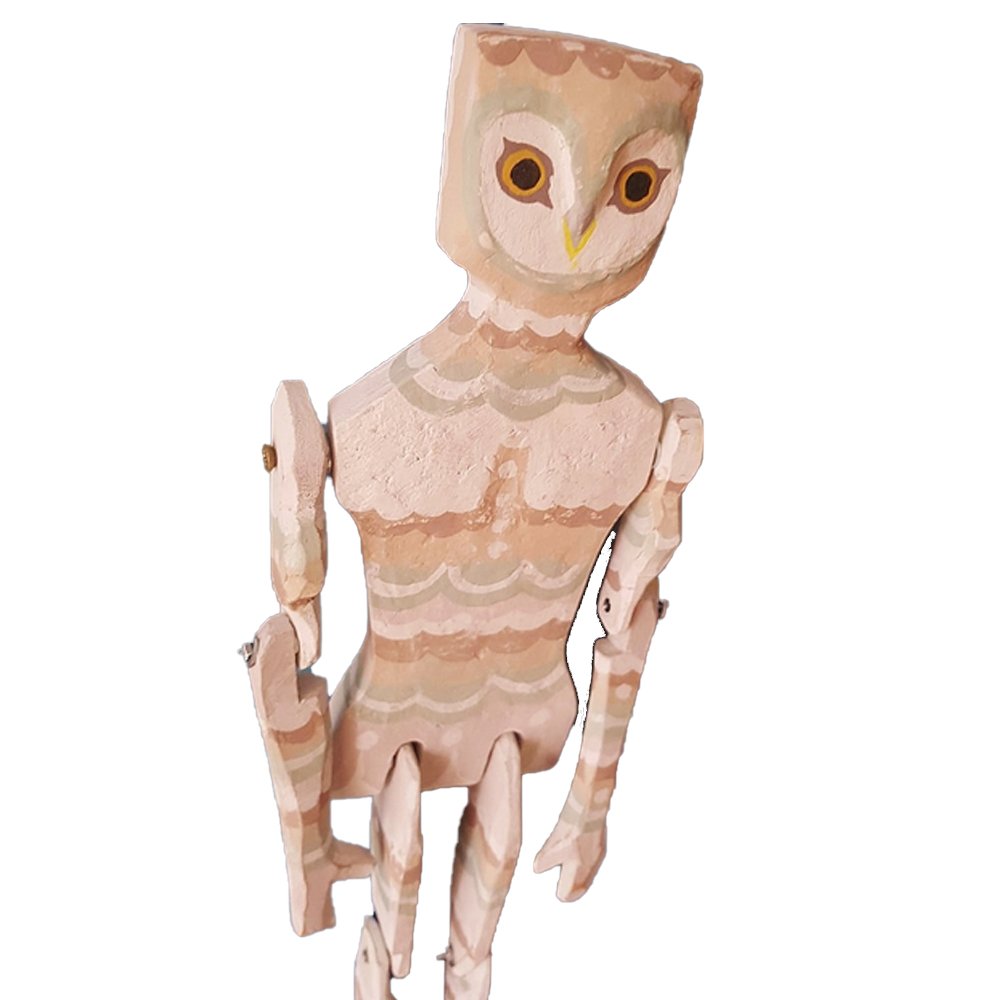 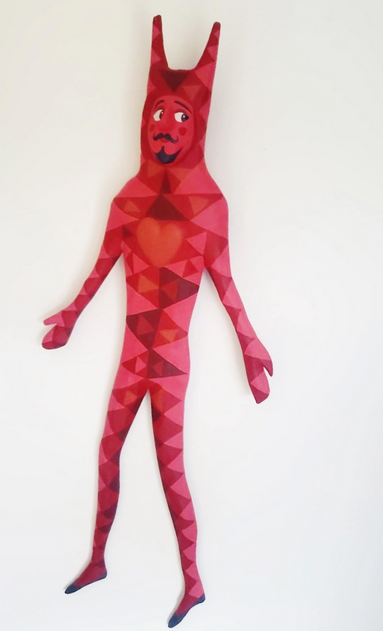 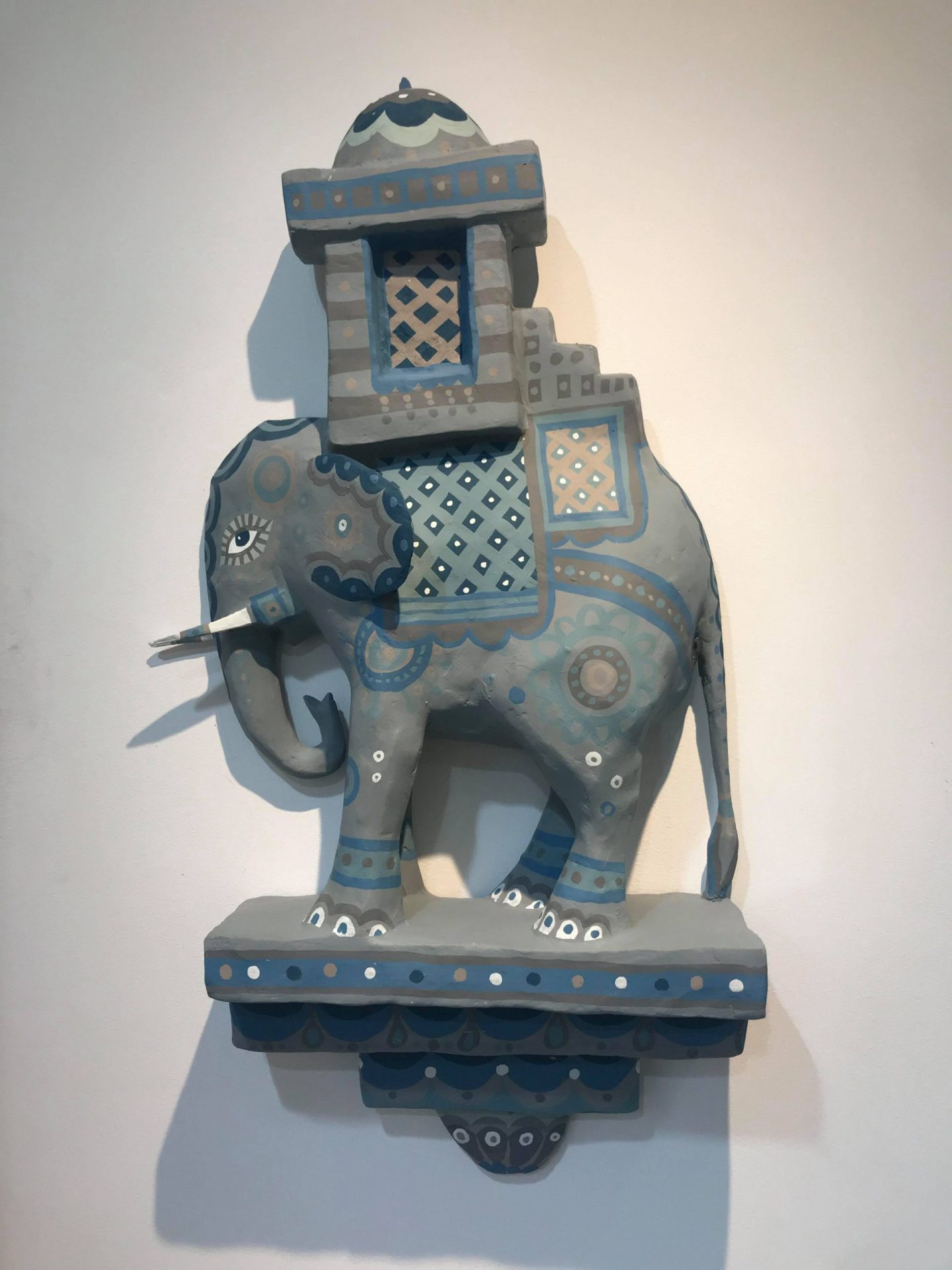 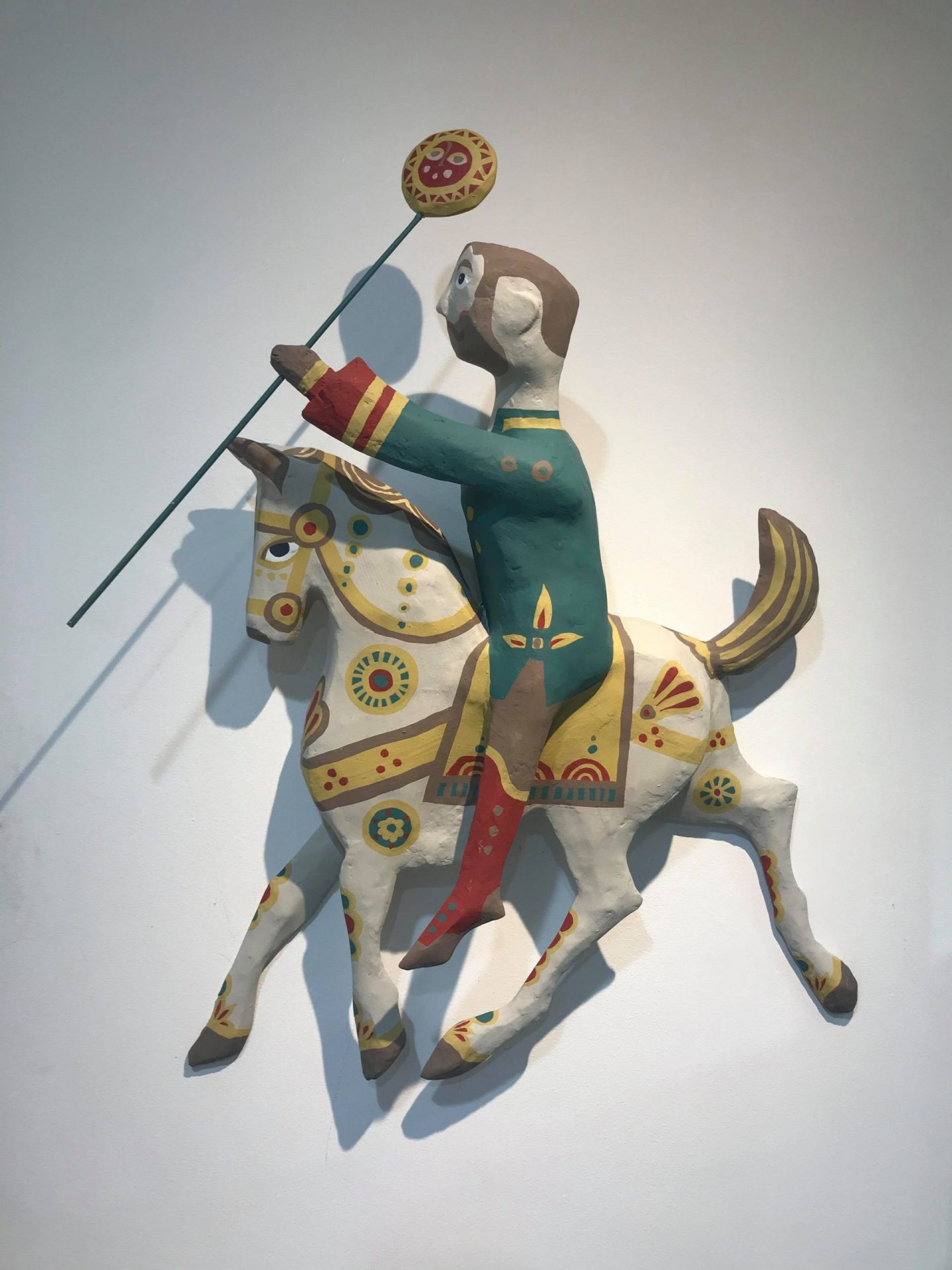