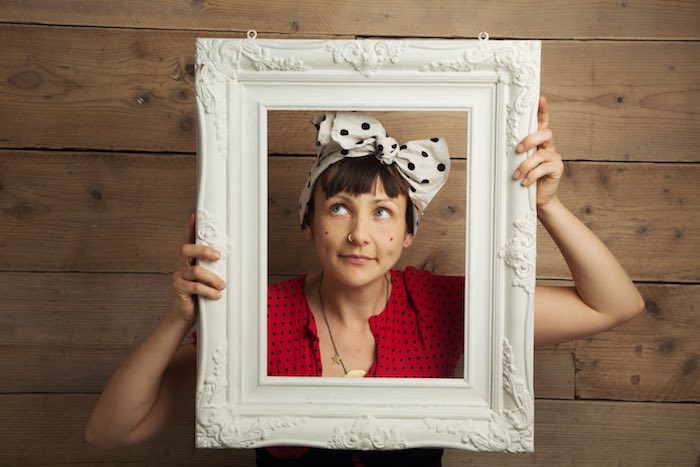 READ OUR INTERVIEW WITH ROWENA

A self-taught artist, Rowena Draper describes herself as a former nomad inspired by the School of Life. Drawn from her early memories, Rowena’s work captures the freedom, wonder and curiosity of childhood, “the innocence of our wild nature in its freest, purest form.” Her adventurous upbringing inspired her to travel the world, and she became a travelling mural artist, from Mexico to California, India to New Zealand. Rowena’s art depicts magical creatures and fairytale archetypes, her paintings narrating their stories and exploring her own relationship with these characters.

Rowena generally works with acrylics on canvas or wood, and recently has been adding recycled objects such as ornate frames, fabric, cogs or other “trinkets and treasures” from her fantastical travels. Now Pilton based, Rowena has been the artistic director and creator of The Flying Machine Cafe, a travelling festival business with a colourful big top marquee, stage and in-house entertainment. This new venture allows Rowena to continue to create and display her work, as well as immerse her two children in the whimsy that animates her artistic vision.

“So Rowena Invites you to step out of time

To a place where childlike wonder beckons you with wild eyes

Welcome that invisible four footed friend to your table

Leave your last bite for the fairies

Look for doorways in the trees.” 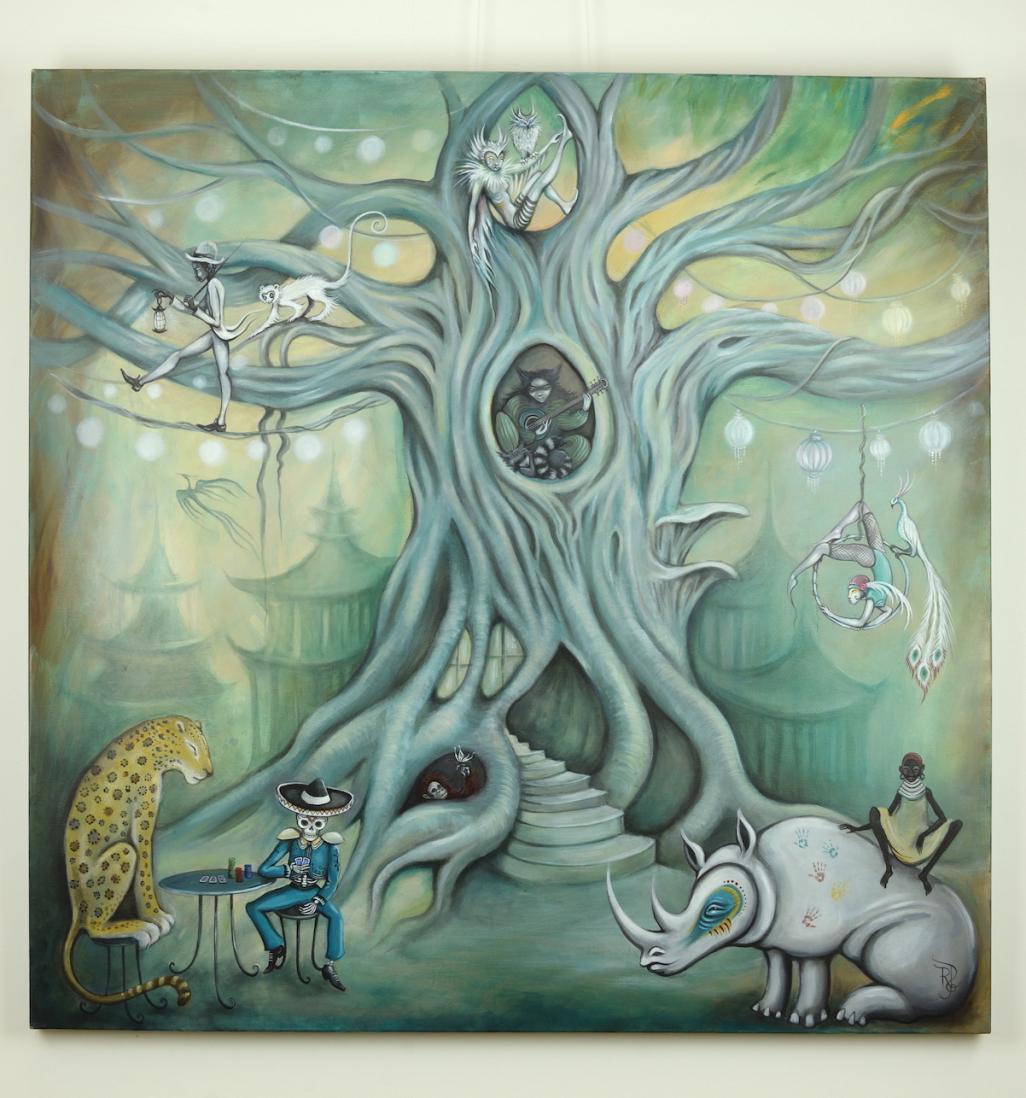 Gambling With Death Where The Wild Things Were 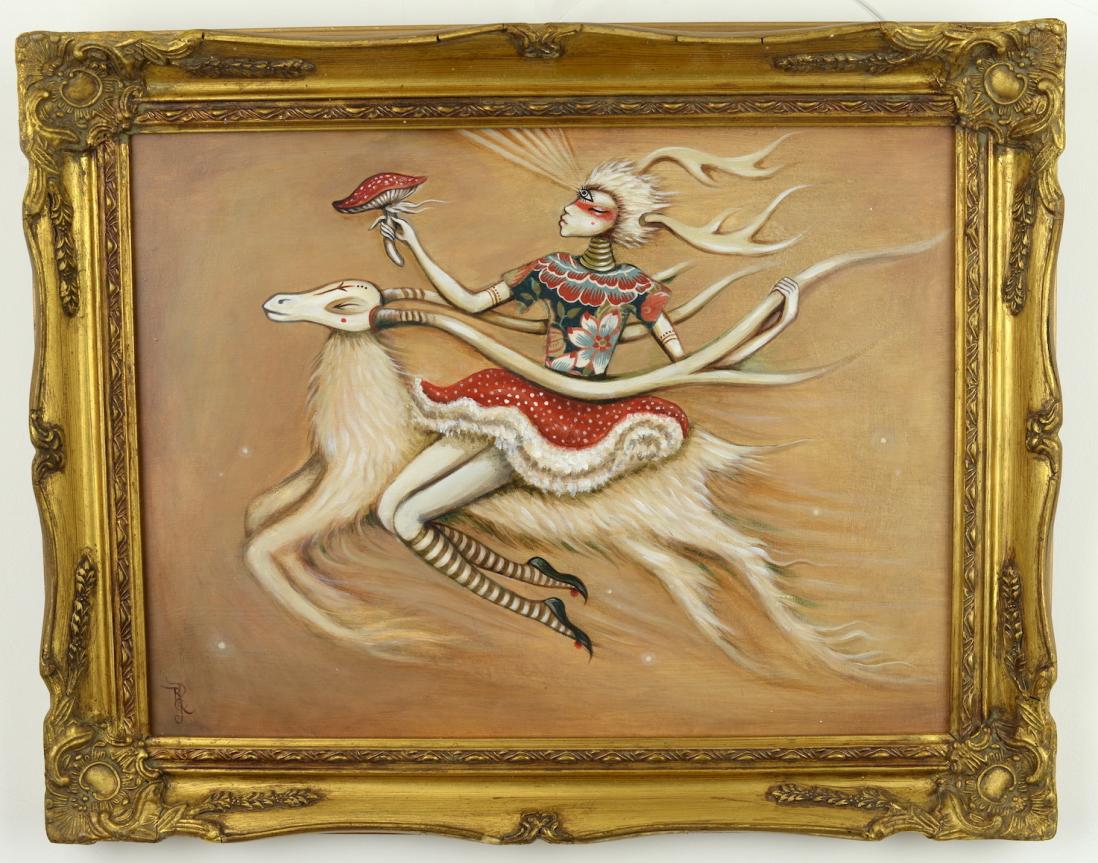 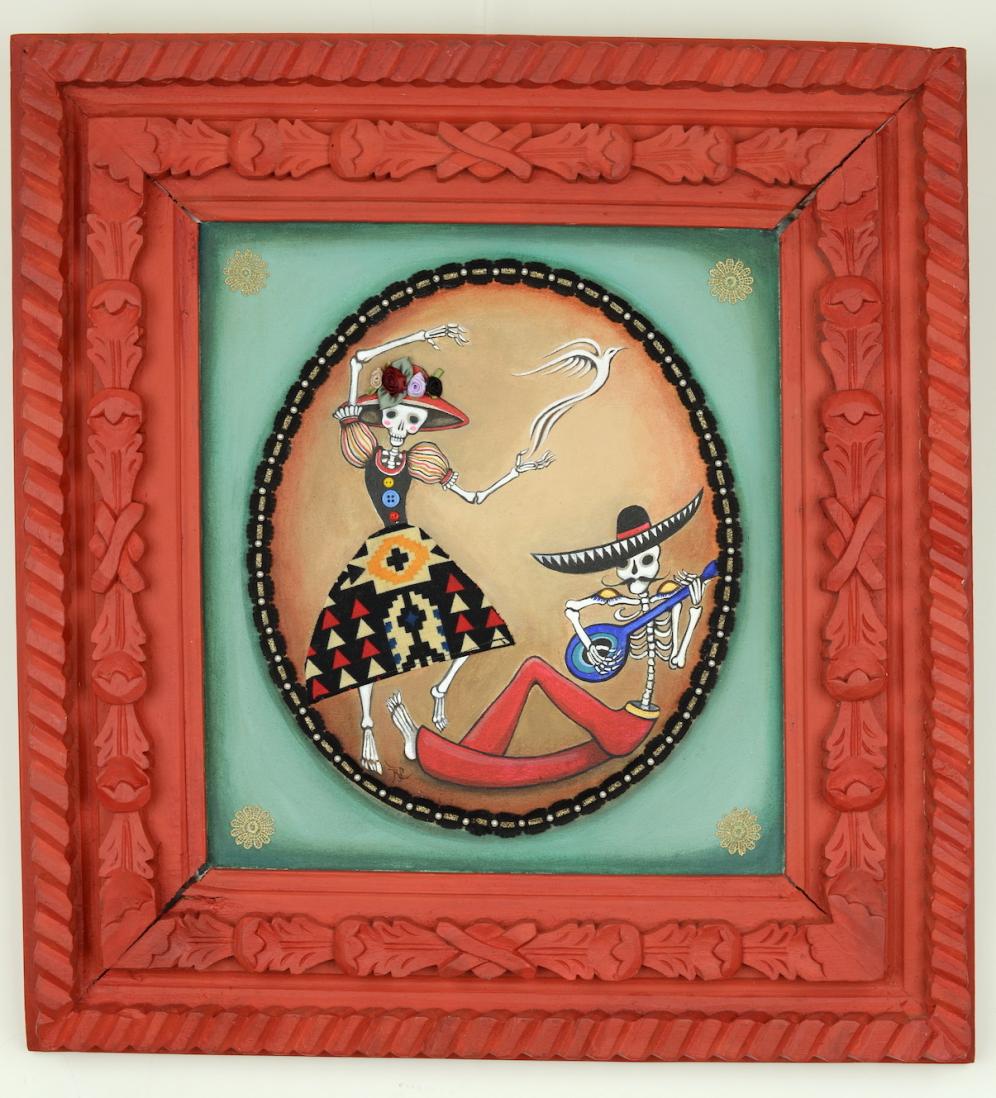 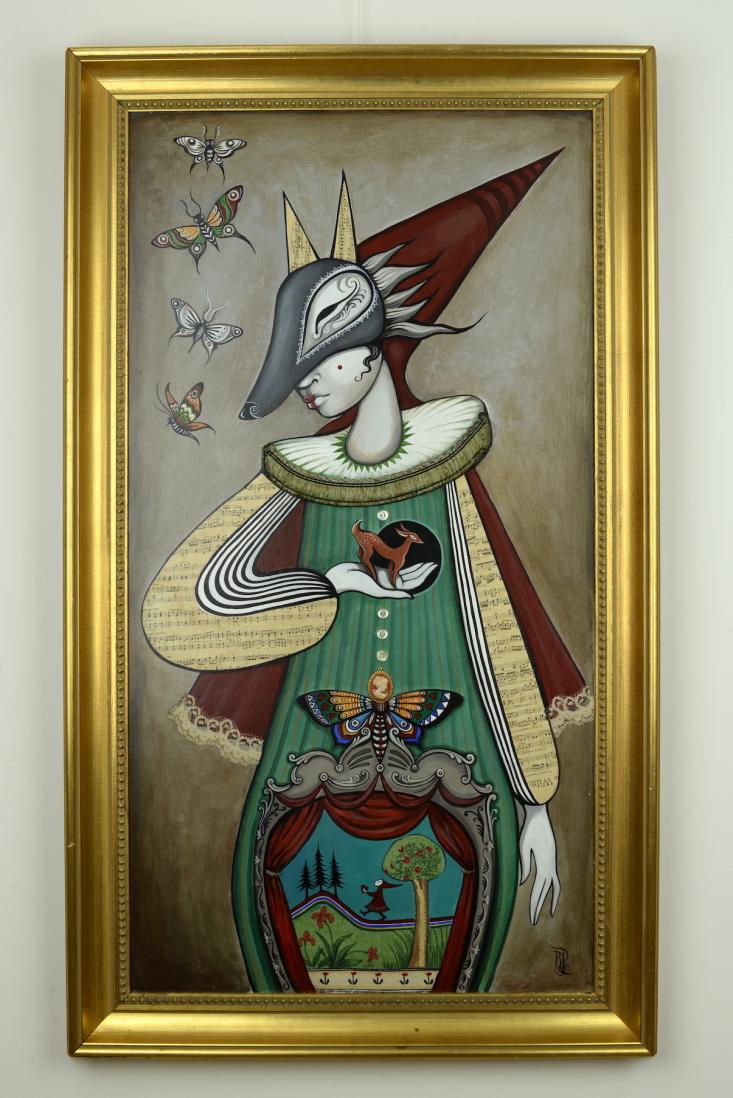 Deer for my Heart 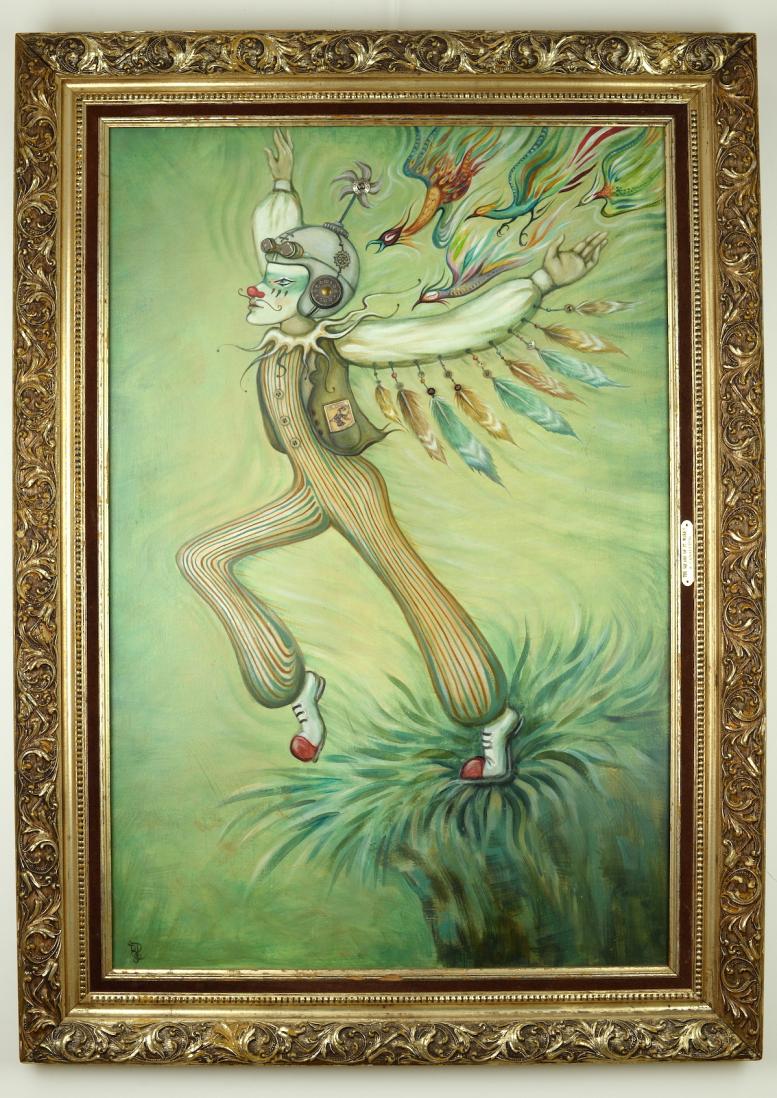 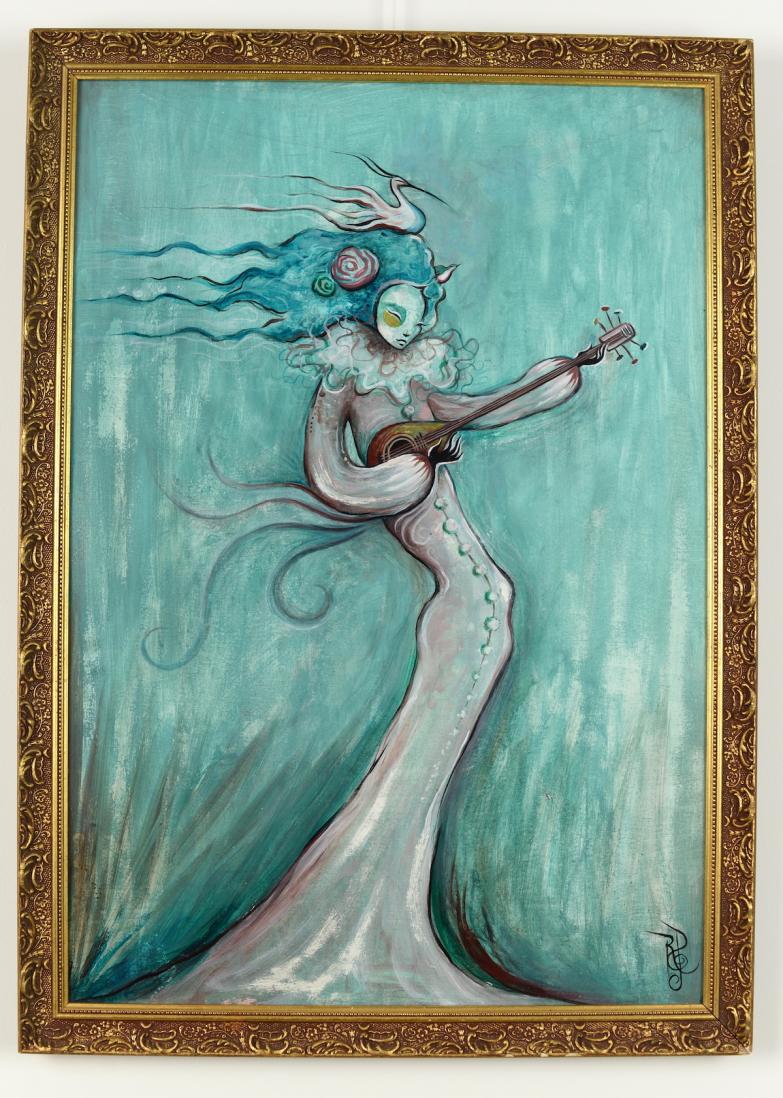 The Ghost in the Strings 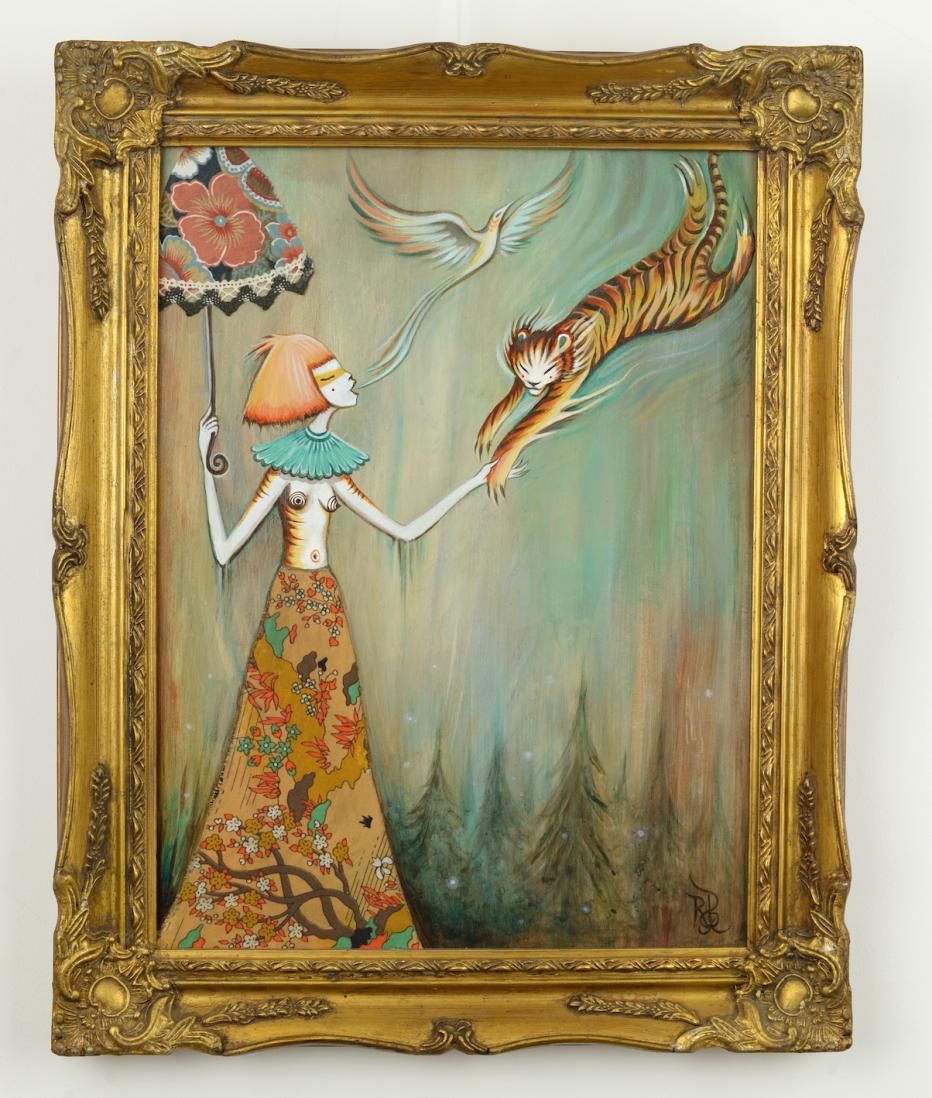 She said go be Wild 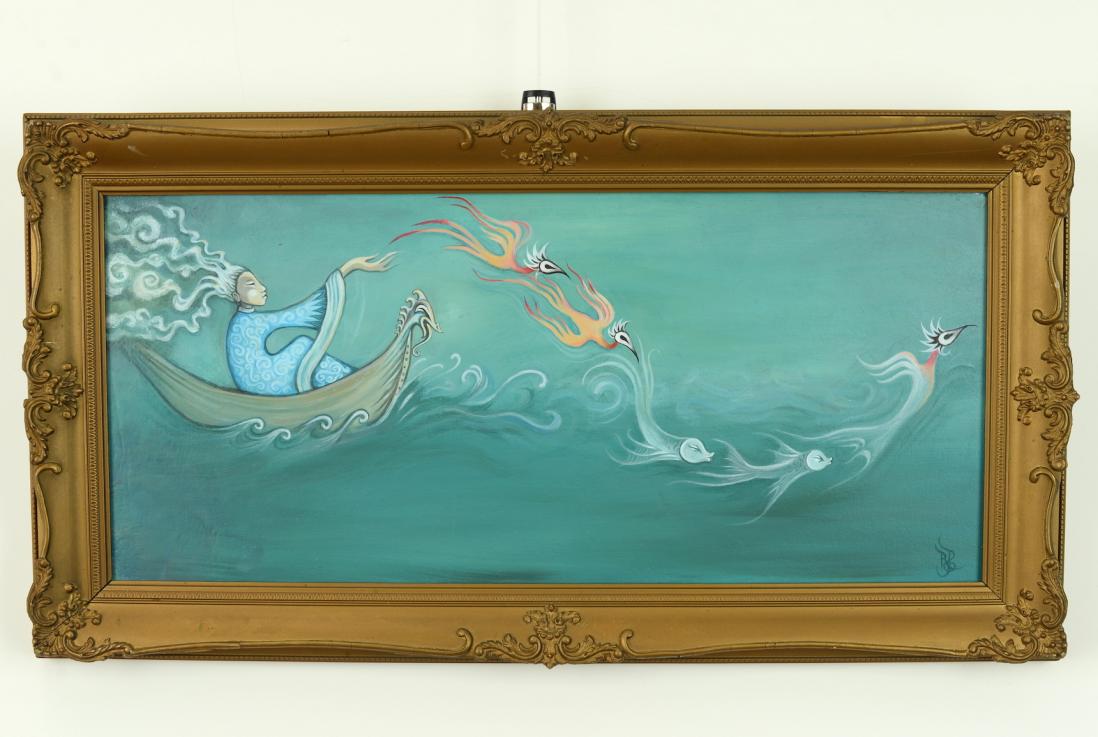 Where the Sea Meets the Sky 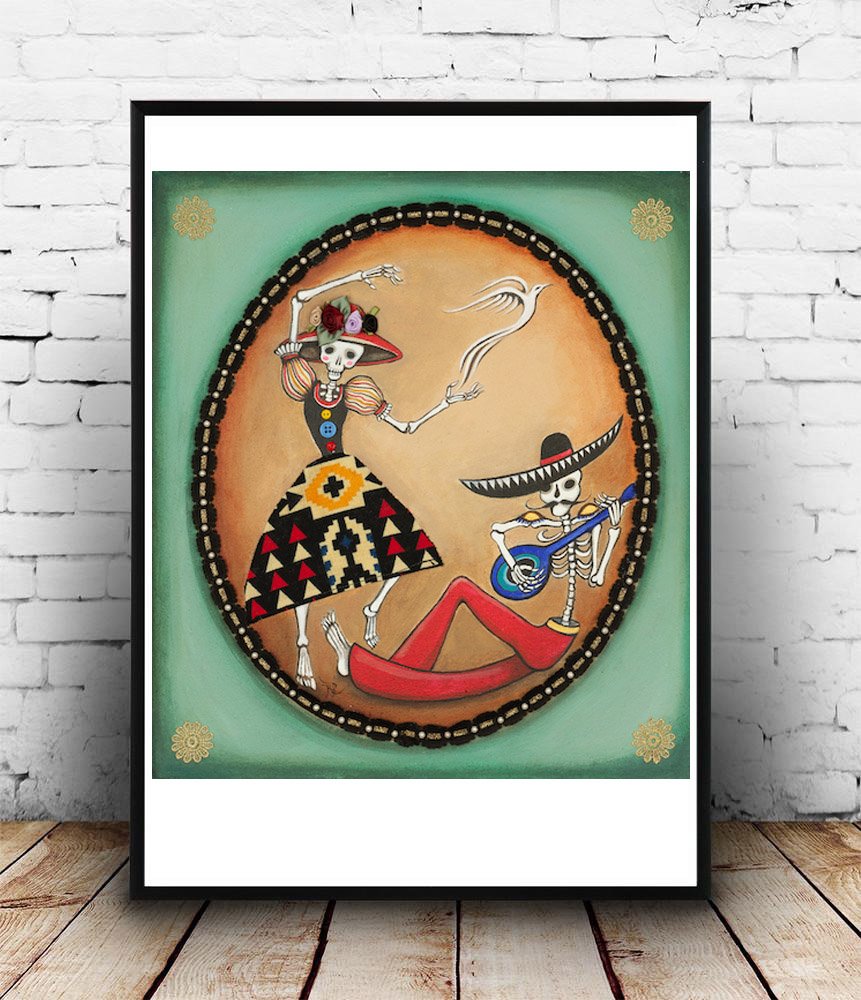 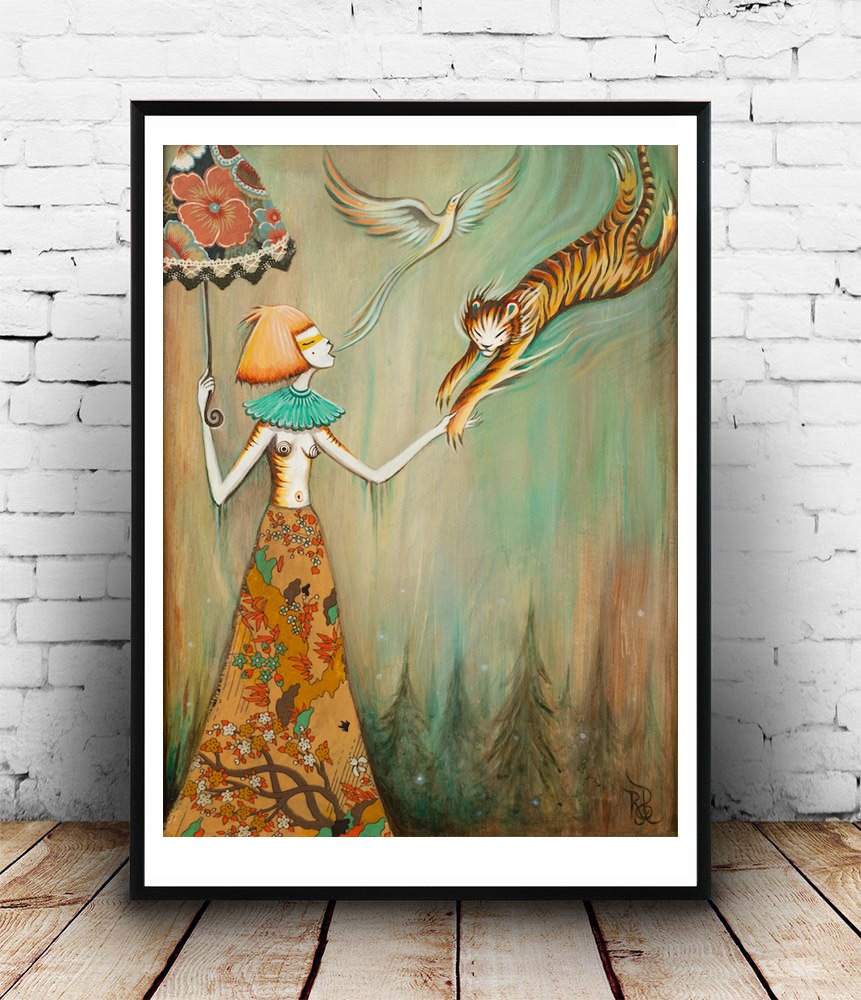 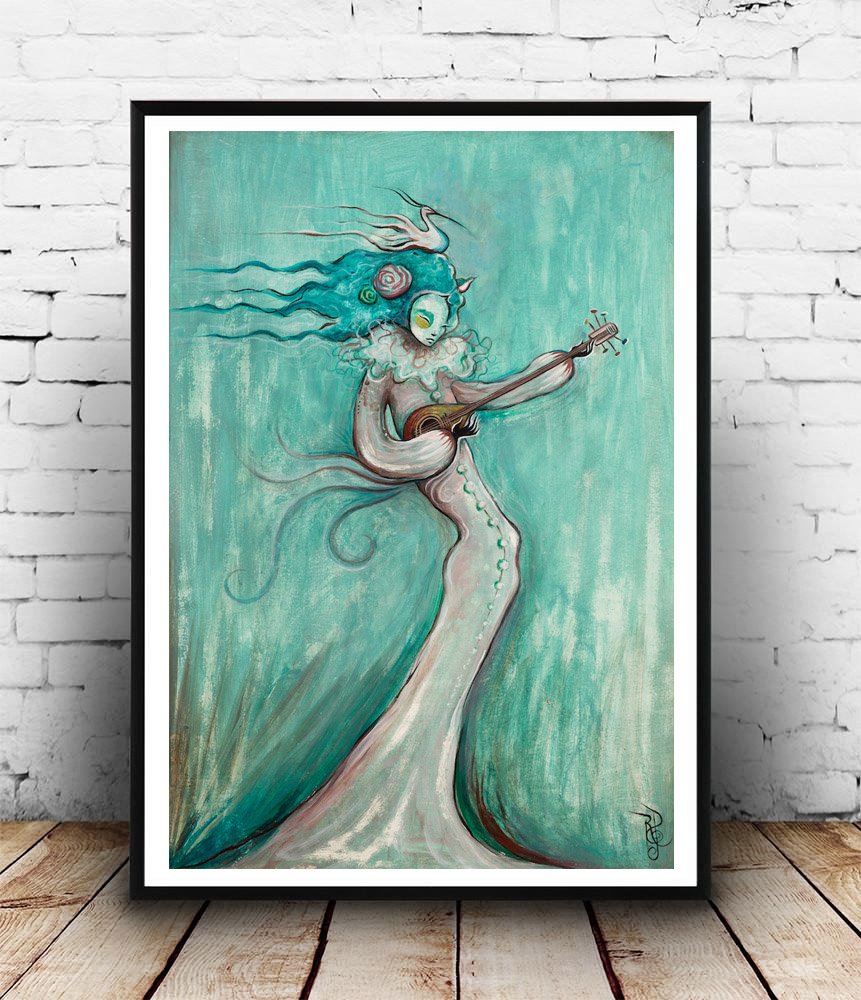 The Ghost In The Strings- Giclée Print 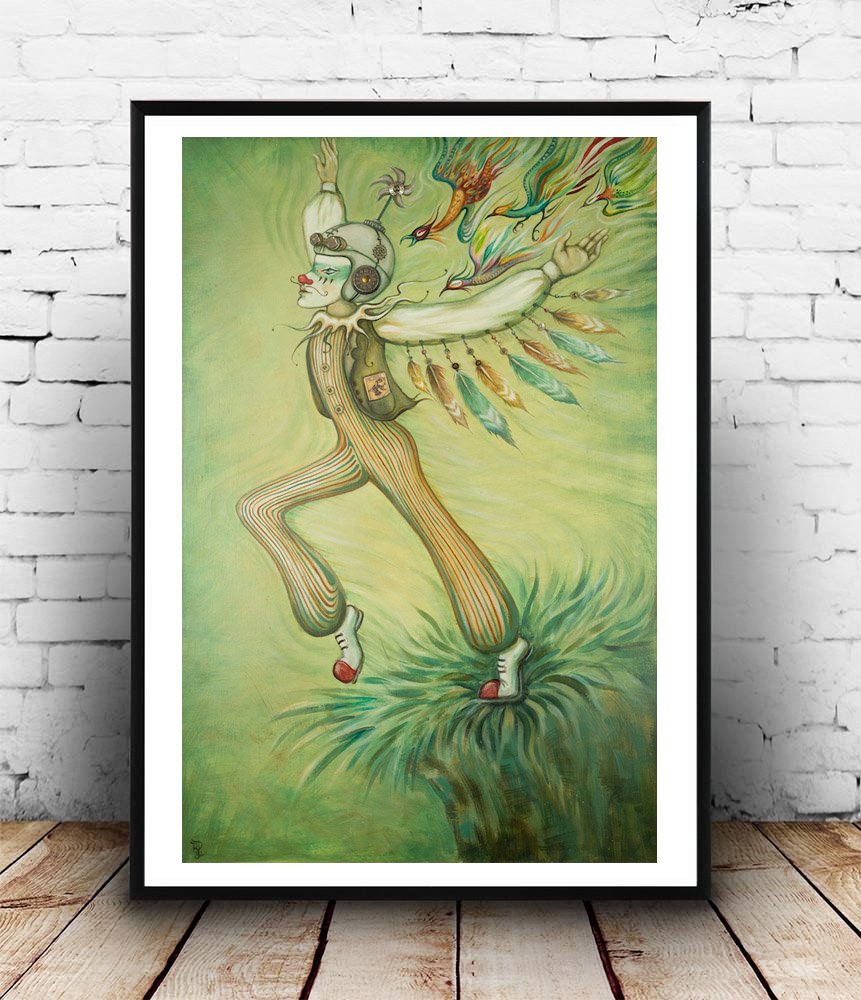 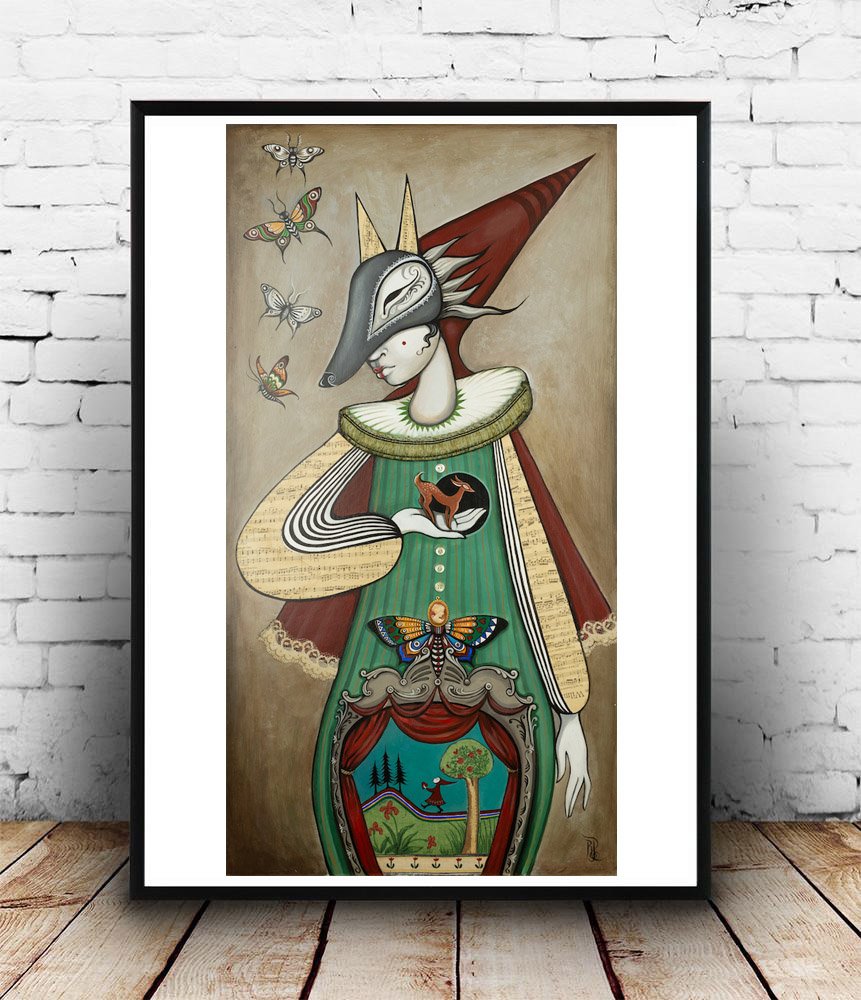 Deer For My Heart – Giclée Print 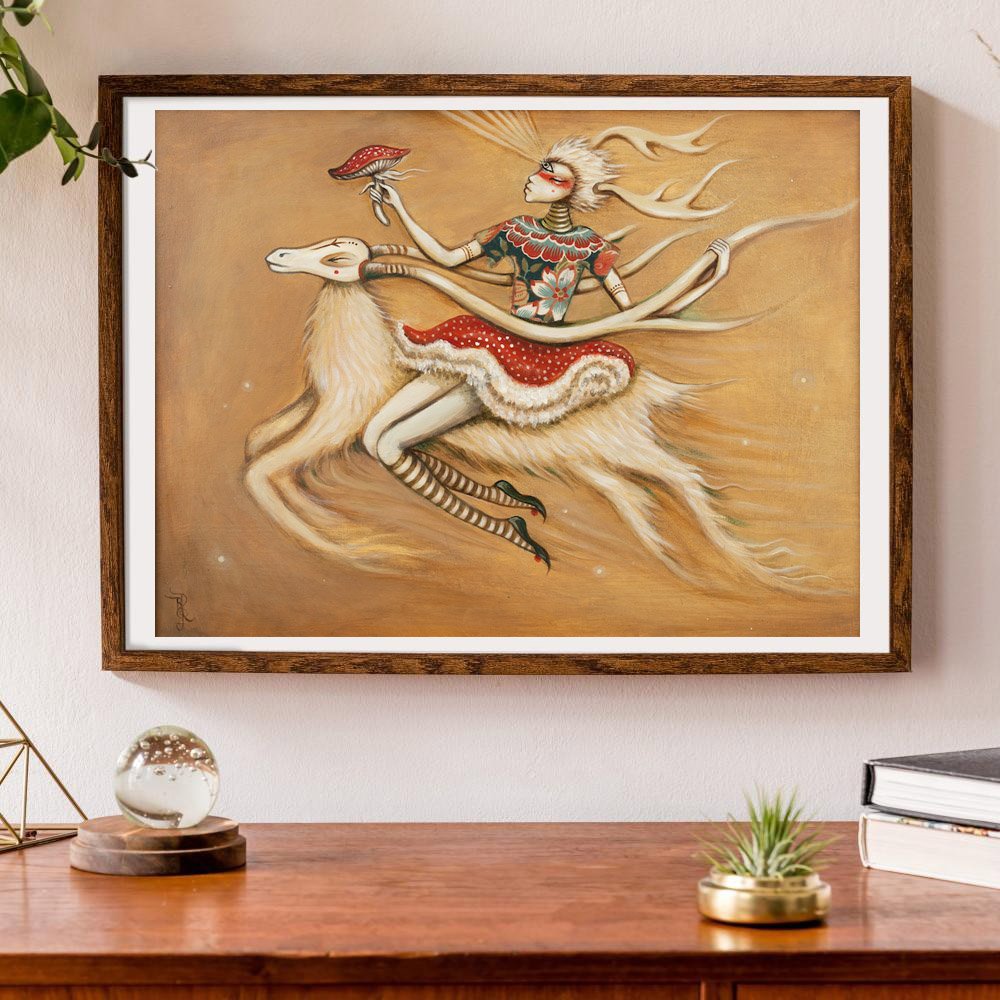 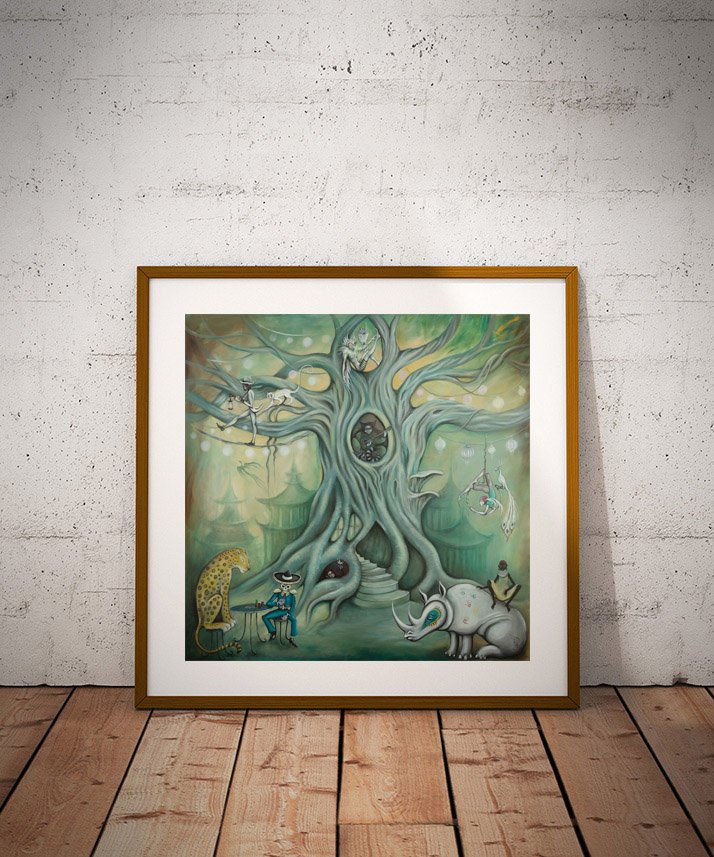 Gambling With Death Where The Wild Things Were- Giclée Print 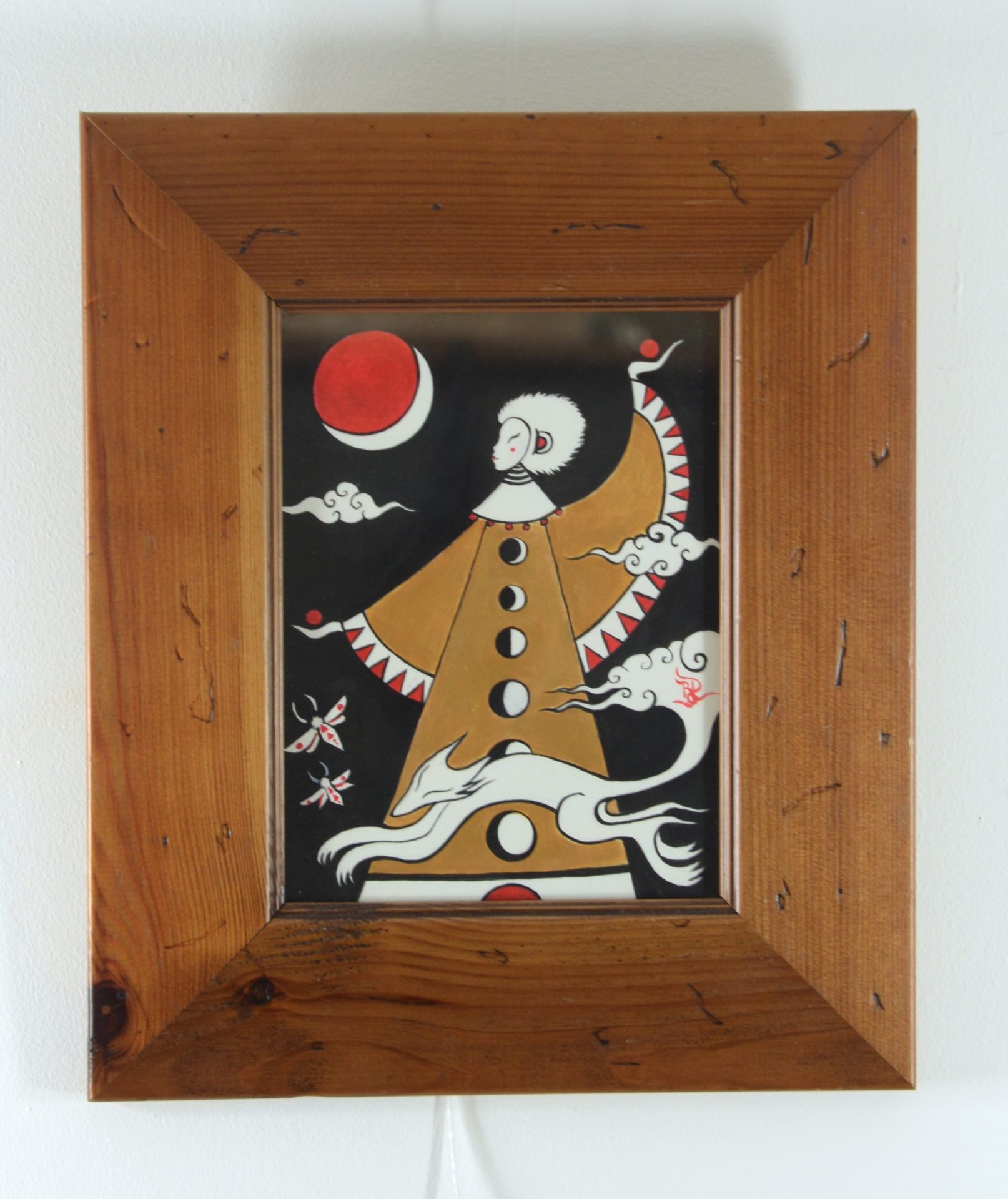 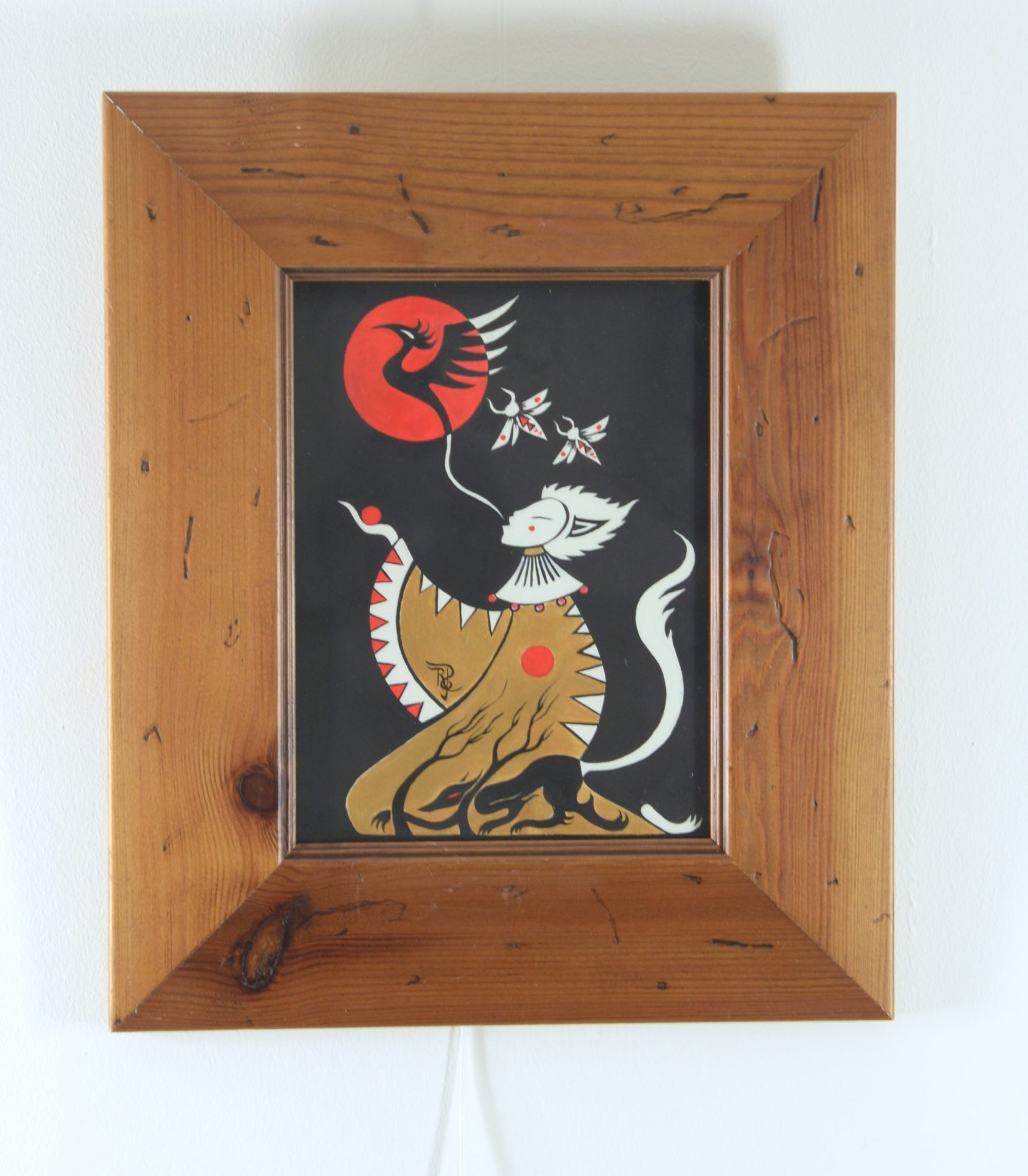 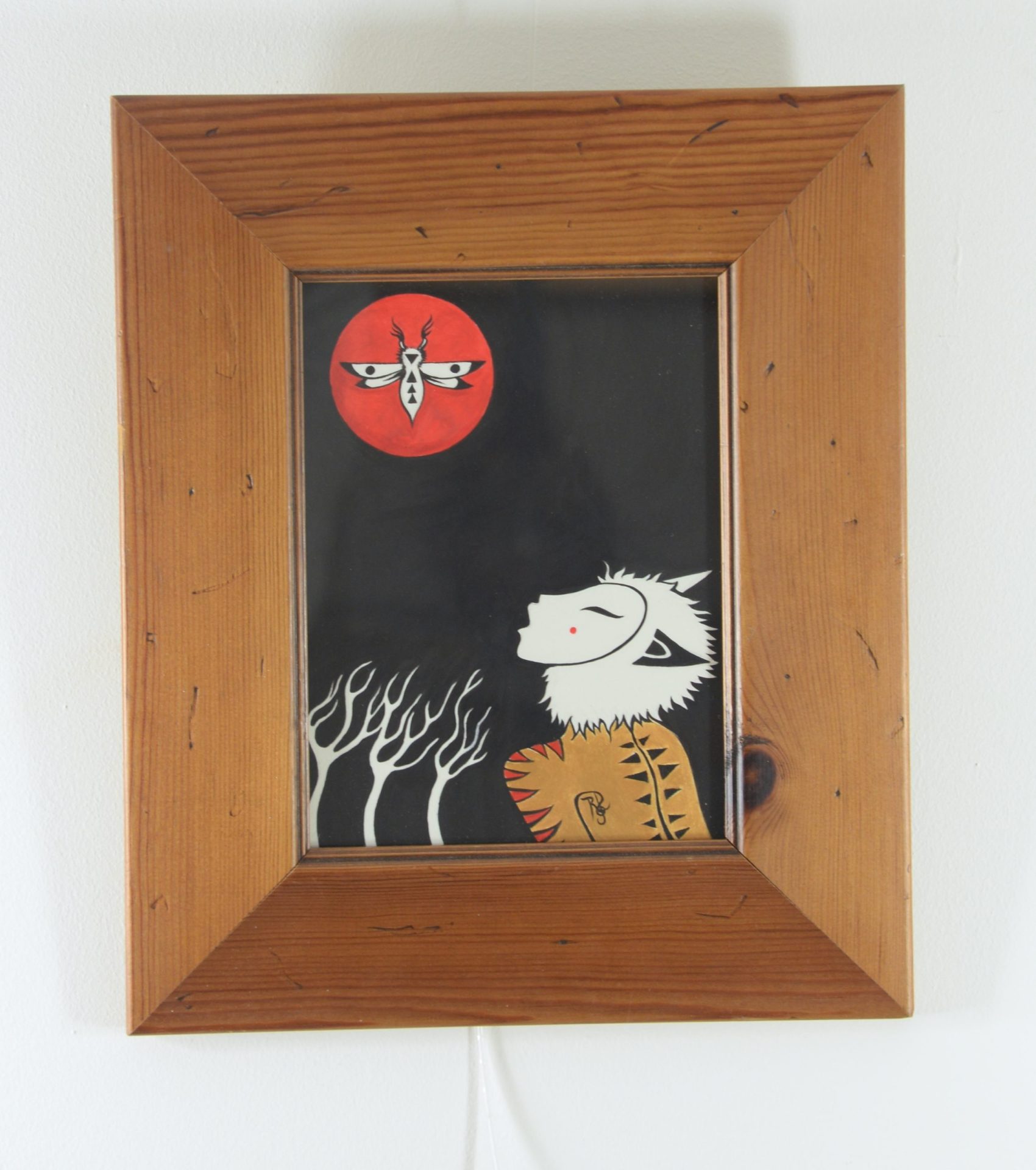 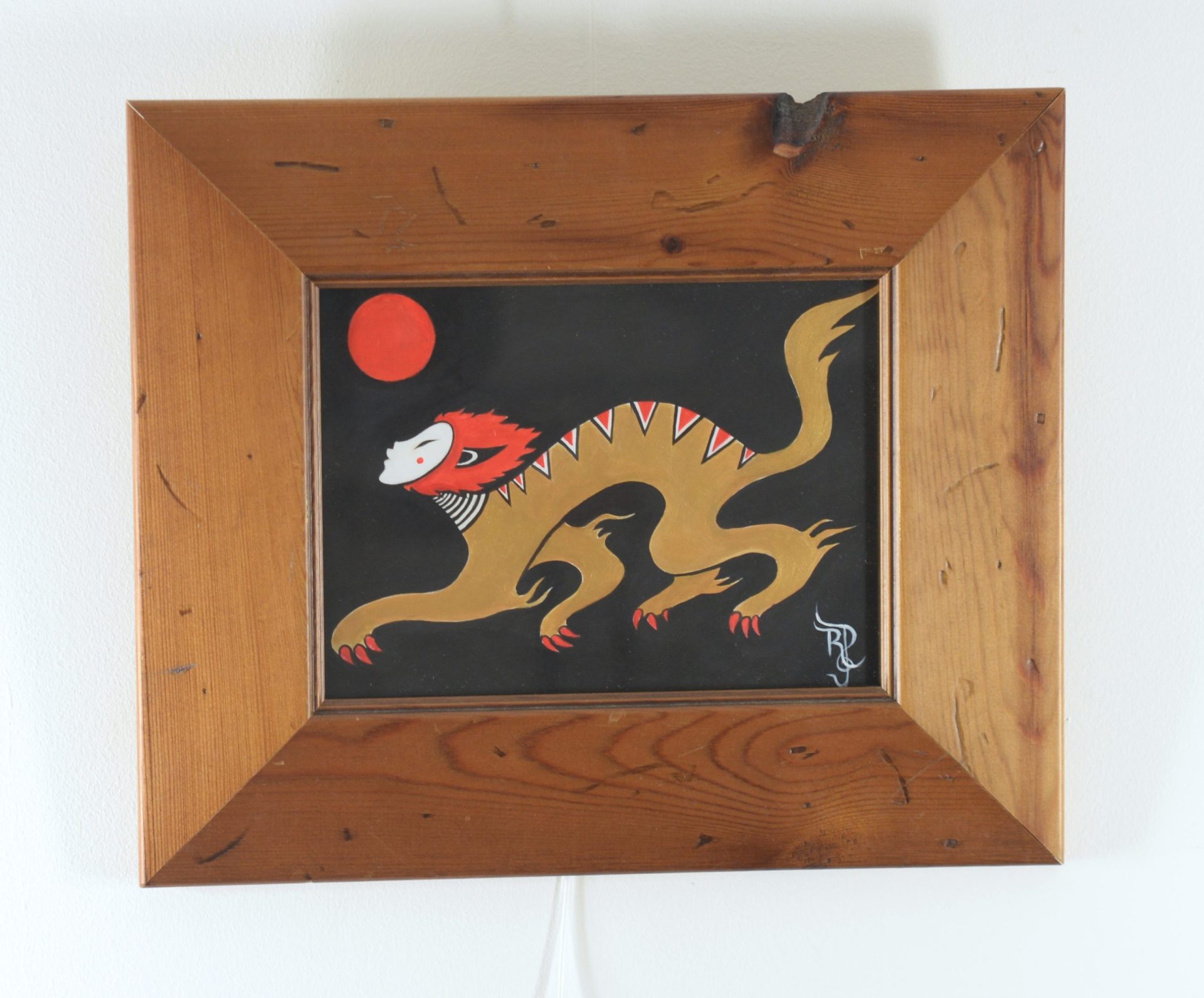